Hurley brothers get chance to connect at Battle 4 Atlantis 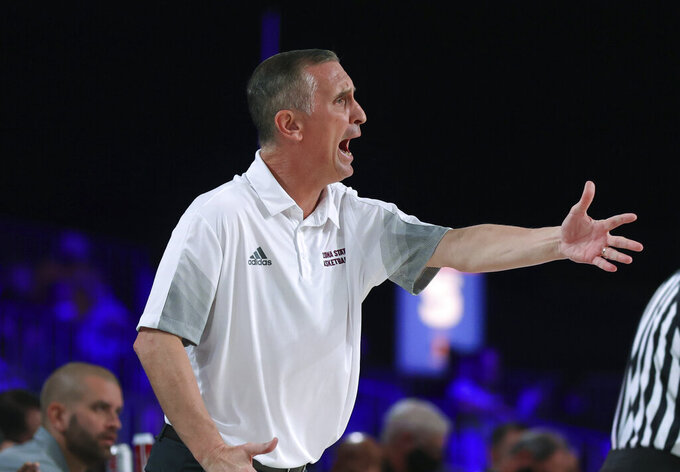 PARADISE ISLAND, Bahamas (AP) — For once, Dan and Bobby Hurley are together for Thanksgiving — sort of.

The brothers are coaching in the Battle 4 Atlantis this week. Dan’s No. 22 UConn has advanced into the winners’ bracket while Bobby’s Arizona State team is playing in the consolation rounds. That ensures they won’t have the Hurley-vs-Hurley matchup both dreaded in this eight-team tournament, and instead can now try to squeeze in a few conversations or maybe a brief get-together while bouncing between the locker room, arena and hotel towers around the Atlantis resort.

“I’m thankful that I’m going to see him and that he’s here and usually we’re always playing somewhere generally over Thanksgiving, and we don’t get to see each other,” Bobby said in an interview with The Associated Press. “So it’s just a blessing to see him, I think moreso than (having a Thanksgiving) meal and things.”

The brothers said their first encounter here came as they happened to pass by each other while walking through the casino Tuesday.

“Good to see big brother,” Dan said with a chuckle.

They hadn’t seen each other since the summer recruiting season, and that followed more than a year of being separated amid the COVID-19 pandemic while leading programs on different sides of the country.

Both said the goal in the Bahamas was figuring out when there might be opportunities to connect throughout their stay for the three-day tournament, even though that would take some work.

“It’s always better if we can do it before we start playing because then if things don’t go well for either one of us, then you really go into hiding a little bit more and you’re not as accessible for each other. That’s usually how it works for us: one guy loses and then that guy needs a little time to decompress.”

A day later, Dan’s Huskies survived a wild double-overtime win against No. 19 Auburn to earn a Thanksgiving Day matchup with Michigan State. Those extra sessions pushed back the rest of the first-round schedule, meaning Bobby’s Sun Devils ultimately ended up meeting sixth-ranked and reigning national champion Baylor in Wednesday’s final game about 45 minutes later than scheduled.

Arizona State lost that one, sending them into Thursday’s final matchup against Syracuse in the consolation bracket.

That meant the sons of legendary New Jersey high school coach Bob Hurley Sr. would continue to avoid having to coach against each other a little longer. Their only time competing in college basketball came in a 1992 matchup as players in the NCAA Tournament’s Sweet 16: Bobby with Duke on its way to a repeat championship, Dan with Seton Hall.

Bobby got his coaching start as an assistant under Dan, first at Wagner and then at Rhode Island before becoming head coach at Buffalo. He’s now in his seventh season with the Sun Devils, while Dan is in his fourth with the Huskies.

“I just think a lot of times as you get older, you give yourself maybe a couple of minutes a day where you do appreciate our journey and how this all began for us,” Dan said, “as like little kids growing up in Jersey City and playing basketball in the park. ... Now we both end up here at big-time programs, having a lot of success. Sometimes your mind does drift to, like, it’s been a hell of a journey.”