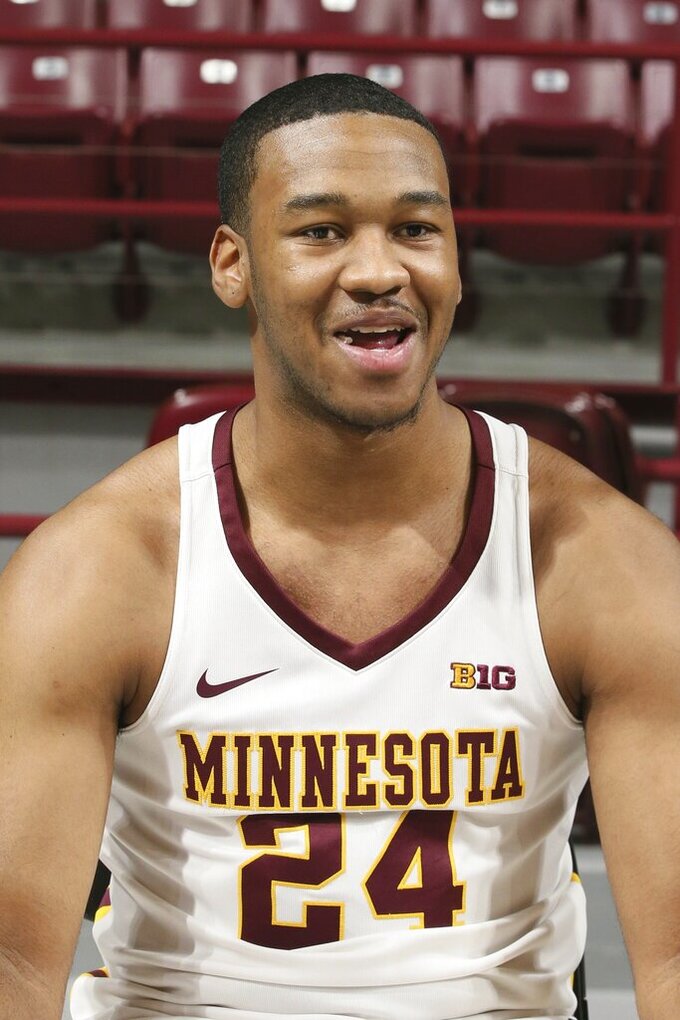 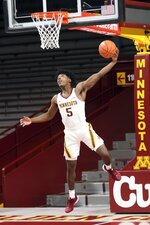 MINNEAPOLIS (AP) — An ordinary scrimmage for Minnesota last week took a discouraging turn as Eric Curry's right knee jerked, popped and buckled when the lanky junior tried to make a move on defense.

Though he walked off the court without pain, the instability in the joint instantly told him a ligament was torn. That's the kind of physiological wisdom nobody wants, of course, because it comes from experience.

Curry tore his left ACL two years ago. He is again facing the prospect of reconstructive surgery, arduous rehabilitation and a full season of sitting out. Yet still, as the Gophers gathered at Williams Arena on Friday for photos and interviews, Curry was as upbeat as anyone on the court.

"As you can see, I'm in good spirits," he said. "I just know I'm going to overcome this and be back on the court in no time."

The 6-foot-9 Curry redshirted the 2017-18 season, then had a setback a year ago that required a second operation and kept him out of the first two months of the 2018-19 season. After returning to the court for his first live action in 654 days, Curry played in 15 games for the NCAA Tournament-bound Gophers before hurting his right foot and missing out on the fun in March.

There was no stronger impression Curry made on the Gophers than that day he was hurt, Oct. 7. Coach Richard Pitino had already decided to award former walk-on Brady Rudrud a scholarship, an uplifting moment for the team that preceded the ACL diagnosis for Curry. Rudrud, a senior guard who was in Curry's freshman class, sent a somber message to his friend from suburban Eden Prairie to offer encouragement and support.

"He just texted me, about to cry or whatever, and I'm like, 'Bro, you just got a scholarship. Go live, like, go celebrate or something. Don't worry about me. I'll be fine,'" Curry said.

"It just kind of shows you what kind of person he is," Rudrud said.

When he comes back in the fall of 2020, Curry will still have two years of eligibility left.

"He's legitimately like another coach. Injured guys can sit down on the side and find other ways to impact the team. Eric has absolutely done that. I value his opinion," Pitino said. "We're going to miss him a lot, but he should be commended for his attitude."