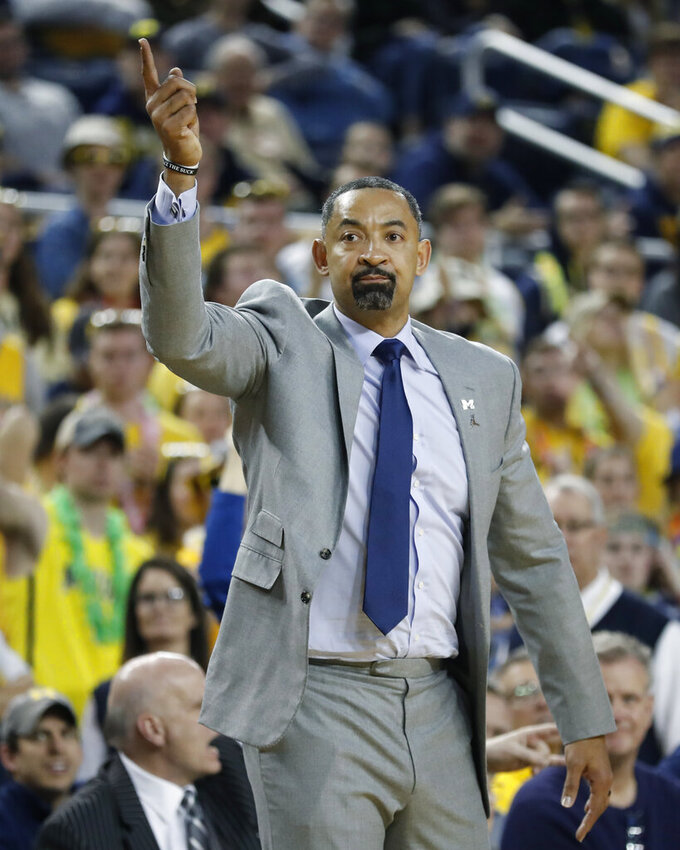 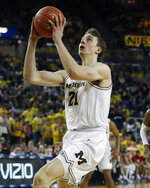 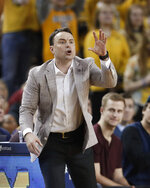 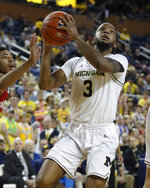 ANN ARBOR, Mich. (AP) — Michigan is rolling again, finding ways to win as it did during a surprising start.

Indiana, meanwhile, is playing so poorly its NCAA Tournament chances have taken a hit.

Franz Wagner had 16 points and was one of five to score in double digits for the Wolverines in an 89-65 win over the Hoosiers on Sunday.

The Wolverines (16-9, 7-7 Big Ten) have won three straight for the first time since opening the season with seven wins.

“Everything is clicking," said Eli Brooks, who scored 13 points. “Everybody is confident."

Michigan's Zavier Simpson had 12 points and 11 assists, allowing the team to strike a balance offensively.

“He made some great decisions with the basketball and with controlling the tempo of the game," coach Juwan Howard said.

Wolverines reserve Brandon Johns scored 14 and Isaiah Livers added 12 points, appearing to overcome an injury scare late in the game when he left the court briefly with an ankle injury.

“Every team goes through their ups and downs and we’re going through ours," Indiana senior De'Ron Davis said after scoring a career-high 18 points.

The slump puts even more pressure on coach Archie Miller to figure out how to turn his team around quickly enough to play in college basketball's showcase for the first time in his three years.

Aljami Durham had 17 points for the Hoosiers, whose usually reliable scorers were limited.

“We depend on him for a lot of production and today was one of the days he didn't get a lot done offensively,” Miller said.

Indiana's Justin Smith (nine) and Devonte Green (three) were held to single digits after each entered the game averaging 11 points.

The Wolverines were in control for much of the game with Simpson leading the way, setting the pace and making the right pass at the right time.

Michigan took a 14-12 lead on Brooks' 3-pointer and stayed ahead the rest of the game, going ahead by as much as 12 points before being ahead 41-34 at halftime.

Indiana did not put up much of a fight to come back in the second half, falling behind by 20 points with 12:43 left after the Wolverines went on an 11-1 run.

“We got completely dominated, especially midway through the second half," Miller said.

Simpson and fellow senior Jon Teske set a school record with 105 victories in their careers.

Howard said Livers had his ankle taped after limping off the court, allowing him to return to play and isn't sure if the injury will be a lingering problem.

“After talking talking to our medical staff, it's going to be a day-to-day process," Howard said.

Davis was averaging just two points per game before his breakout performance, outscoring everyone on the court.

“Hopefully, he can build on the performance," Miller said. “He was definitely the most effective player on our team. We need to have more than one."

More than 100 former Michigan players, staff members and managers returned for an annual reunion and were celebrated on the court before the game.

Washington Wizards Moe Wagner spent some of his NBA All-Star break at the game and gave his brother, Franz, a hard time after he made a 3-pointer.

“It's about damn time," Franz Wagner recalled his brother saying to him from courtside.

Indiana: The Hoosiers have hurt their shot at making the NCAA Tournament because of their road woes, falling to 1-6 as visitors in the Big Ten.

Michigan: The Wolverines have boosted their chances of going to the NCAA Tournament in coach Howard's first season by winning five of six games after a season-high, four-game losing streak.