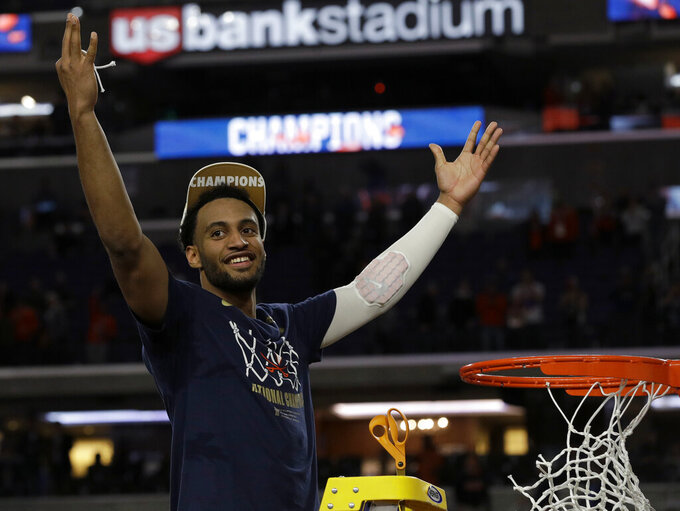 An average of 19.6 million people watched as Virginia beat Texas Tech in the NCAA Tournament championship game, an increase of 23% over last year.

The audience peaked at 23.5 million during overtime Monday night, according to Nielsen and CBS.

The news was not all good for CBS, however. Monday was the first time since 2009 that a title game averaged less than 20 million on network television. The 2009 game between North Carolina and Michigan State averaged 17.7 million.

CBS and Turner also said in a release that their NCAA March Madness Live set all-time tournament records in live streams (over 100 million) and live hours consumed (over 24 million).