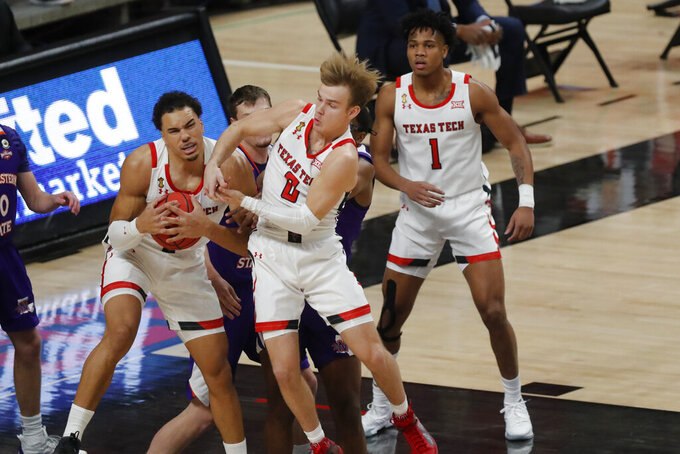 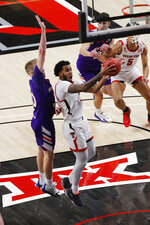 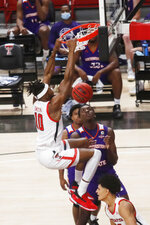 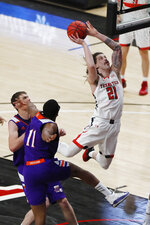 LUBBOCK, Texas (AP) — Mac McClung and Marcus Santos-Silva fit right in with No. 14 Texas Tech when the transfers finally got to play a game for the Red Raiders.

McClung scored 20 points while Santos-Silva had 10 points and 12 rebounds despite playing only 18 minutes as Texas Tech opened the season with a 101-58 win over Northwestern State on Wednesday night.

“It was great to finally play in the Texas Tech uniform and play with my brothers,” said Santos-Silva, a graduate transfer and the only Red Raiders senior after starting all 64 games for VCU the past two seasons. “We’ve been working so hard and going through so much with the whole COVID and all the other stuff that’s going on. It just felt great to be out there and just competing with each other.”

Jamaure Gregg was the only starter in double figures for Northwestern State with 11 points.

The Red Raiders never trailed, and all five starters scored in double digits. True freshman Micah Peavy made the first basket of the game and finished with 14 points. Terrence Shannon Jr. had 16 points and Kyler Edwards 10.

“The balance is what we’re looking for. A lot of unselfish plays out there tonight on offense, a lot of aggressive plays on defense,” said coach Chris Beard, who opened his fifth season. “Obviously a lot to clean up, but a good start.”

McClung was Georgetown’s leading scorer last season, when the 6-foot-2 guard missed 11 games because of a right foot injury. Santos-Silva, a 6-foot-7 forward, was tabbed the Big 12 preseason newcomer of the year.

“He’s somebody I trust. And that’s a strong statement, you know, when you coached a guy one game,” Beard said. “There probably hasn’t been too many Texas Tech debuts where a guy gets 12 rebounds in 18 minutes. So if he plays his normal minutes tonight, he probably breaks a Texas Tech rebounding record. But I’m glad I’m Marcus’ coach.”

Mike McConathy began his 22nd season as coach of the Demons in what was the first sporting event of the 2020-21 academic year for Northwestern State. The last event 8 1/2 months ago was its 79-62 win over Texas A&M-Corpus Christi in the first round of the Southland Conference tournament.

Texas Tech opened the season without sophomore guard Kevin McCullar, who would have been a starter if not for a rolled ankle. Vladislav Goldin, a 7-foot-1 post player from Russia, has a wrist injury.

“Kevin had as well or as good of an offseason as I’ve seen in my years of college basketball,” Beard said. “Kevin was going to start this game, the first game of his sophomore season. He’d earned the right to do that."

Northwestern State: Even with a starting lineup of three seniors and two juniors, the Demons committed 19 turnovers that Tech converted into 31 points. That included 13 steals by the Red Raiders. Northwestern State shot only 34.4% (21 of 61).

"I thought the first 14 minutes we played extremely well,” McConathy said. “We had some turnovers that led to easy buckets, and they turned those into about 25 points in the first half. ... We were very lackluster with the ball and didn’t rebound.”