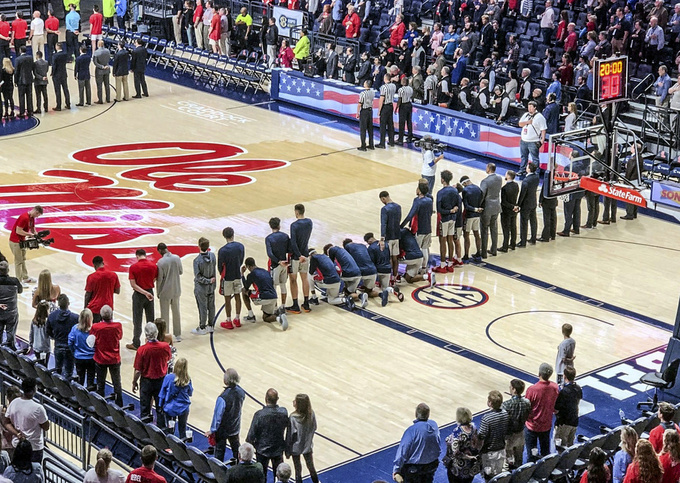 OXFORD, Miss. (AP) — Eight University of Mississippi basketball players kneeled during the national anthem Saturday before a victory over Georgia in response to a Confederacy rally near the arena.

Kneeling during the anthem has become a popular way for athletes — starting with former NFL quarterback Colin Kaepernick — to protest racial injustice and inequality.