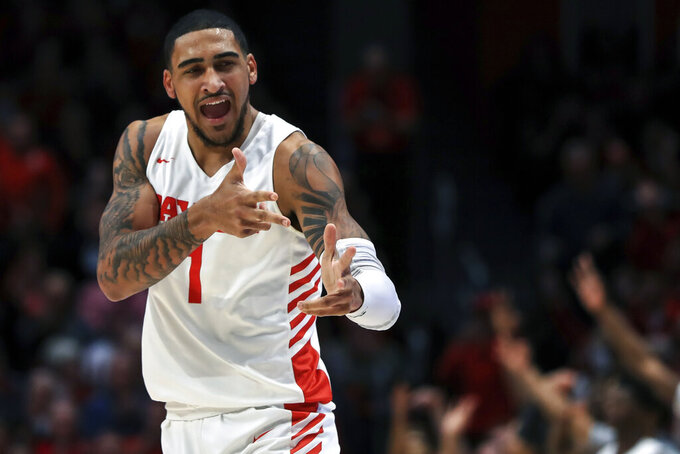 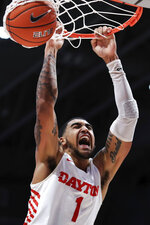 The college basketball season came to an emphatic, dramatic end with the cancellation of the NCAA Tournament. The dream of playing under the bright lights of March Madness, of possibly hoisting a national championship trophy, wiped out by the coronavirus.

For a handful of players, earning a postseason honor offers a glimmer of happiness amid the uncertainty.

“Getting these awards, it brings brightness to my life right now,” Seton Hall's Myles Powell said. “To have it end so quickly was just like ... man.”

Toppin was the lone unanimous choice, receiving 65 votes from a nationwide media panel after averaging 20 points and 7 rebounds while shooting 63% in a breakout season. The 6-foot-9 sophomore helped the third-ranked Flyers match the program's highest ranking and be on track for a potential No. 1 seed before the NCAA Tournament was shelved. He is Dayton's first first-team AP All-American.

“I feel like everybody just knew what they had to do to help the next person succeed and that’s why I was so successful this year,” Toppin said. "I thank my teammates every single day for that."

Garza blossomed into one of college basketball's best players as a junior. A 6-11 forward, he increased his scoring average more than 10 points from a year ago to 23.9 per game, averaged 9.8 rebounds and shot 54% from the floor.

Garza set Iowa's single-season scoring record with 740 points and is the first Big Ten player since Ohio State's Dennis Hopson in 1987 to have at least 20 points in 16 straight conference games. He is Iowa's first first-team All-American since Chuck Darling in 1952.

“I never could have envisioned this,” Garza said. “It's honestly crazy, but it's what I did all the work for and what I'm going to continue to strive for. It kind of adds motivation for me just knowing that putting in the hard work, it can all pay off and makes me grateful for the situation I'm in and the program I'm at.”

Howard was a second-team AP All-American as a junior last season after finishing fifth nationally in scoring at 25 points per game. The 5-11 senior upped his scoring average to 27.8 points to lead the nation in 2019-20 and finished seventh in NCAA history with 434 career 3-pointers.

“It's truly amazing to be mentioned among other great players across the country,” said Howard, the first Marquette player to make the first team since Dwyane Wade in 2003. “It's truly an honor and definitely means a lot. It's definitely something I wouldn't be able to accomplish myself. There were so many people who helped me accomplish that.”

Powell bypassed a shot at the NBA to return for his senior season. A preseason AP All-American, the 6-2 guard averaged 21 points per game, 17th nationally, with 4.3 rebounds and 2.9 assists. Behind Powell, No. 15 Seton Hall earned a share of its first Big East Conference regular-season title since 1993.

“When (they) told me that was I an All-American, I don't want to say it was relief, but I did feel like the world was lifted off my shoulders," Powell said. "I feel like I accomplished a lot with that one. When I heard those words, it touched me.”

Pritchard went to the Final Four with Oregon as a freshman and was hoping to lead the 13th-ranked Ducks back as a senior. He never got the chance, but will go down as one of the greatest players in program history.

Oregon had five previous players make AP All-America teams, most recently Dillon Brooks in 2017, but Pritchard is the first to earn first-team honors.

Kansas' Devon Dotson and Udoka Azubuike both received more than 20 first-team votes, but fell to the second team after essentially taking votes away from each other by playing for the same team.