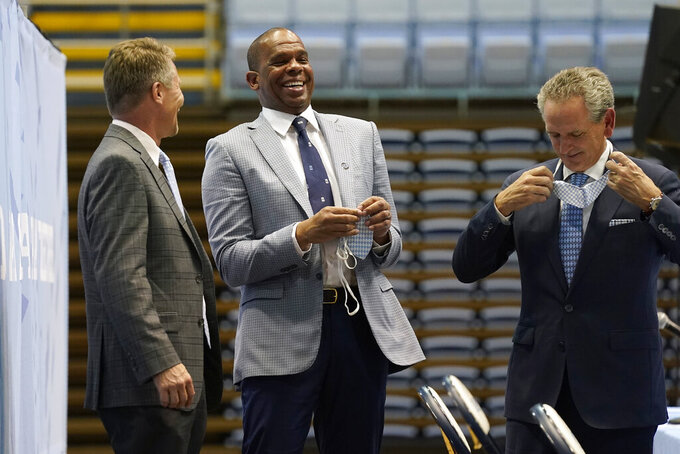 The school has released terms for Davis, a former Tar Heels player under Dean Smith who had spent the past nine seasons as an assistant to Hall of Fame coach Roy Williams before becoming his successor. The 50-year-old Davis, who played a dozen years in the NBA, is a first-time college head coach.

Additionally, Davis will receive $250,000 from apparel maker Nike and $500,000 from multimedia rights holder Learfield annually. Add in an annual $50,000 expense allowance, and Davis' compensation starts at $1.8 million for his first year before increasing to $2.2 million by his fifth.

Separately, there are annual bonuses that could reach nearly $1.1 million.