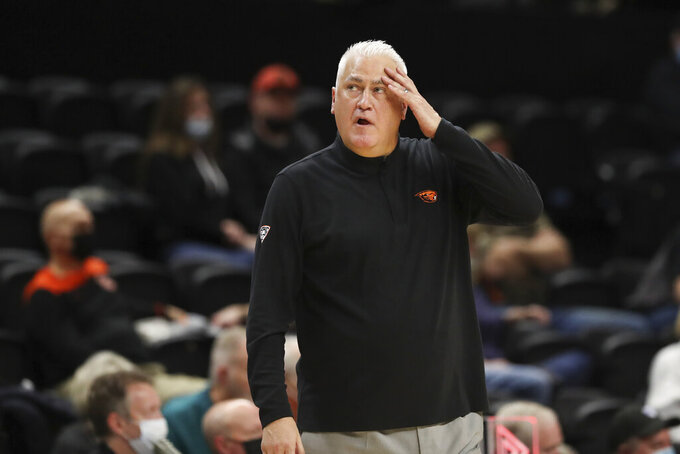 Oregon State coach Wayne Tinkle looks at the scoreboard at the start of a timeout during the second half of the team's NCAA college basketball game against California on Wednesday, Feb. 9, 2022, in Corvallis, Ore. California won 63-61. (AP Photo/Amanda Loman) 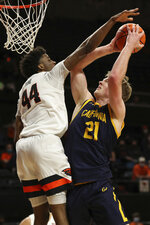 Oregon State didn’t have a basket after Dexter Akanno’s 3-pointer with 5:16 remaining knotted the score at 55. The Beavers hit six straight free throws to grab a 61-59 lead with 1:54 to play. Shepherd hit a jumper at the 1:39 mark to pull the Golden Bears (10-15, 3-11 Pac-12 Conference) even and then scored on a goaltending call with 18 seconds left to cap the scoring.

Jarod Lucas missed a 3-pointer with 2 seconds left and Maurice Calloo missed a putback for the Beavers (3-18, 1-10), who have lost eight straight. Oregon State's biggest lead in the game was six points, while Cal never led by more than four.

Cal will remain in Oregon to play the Ducks on Saturday. Oregon State will host Stanford on Saturday.