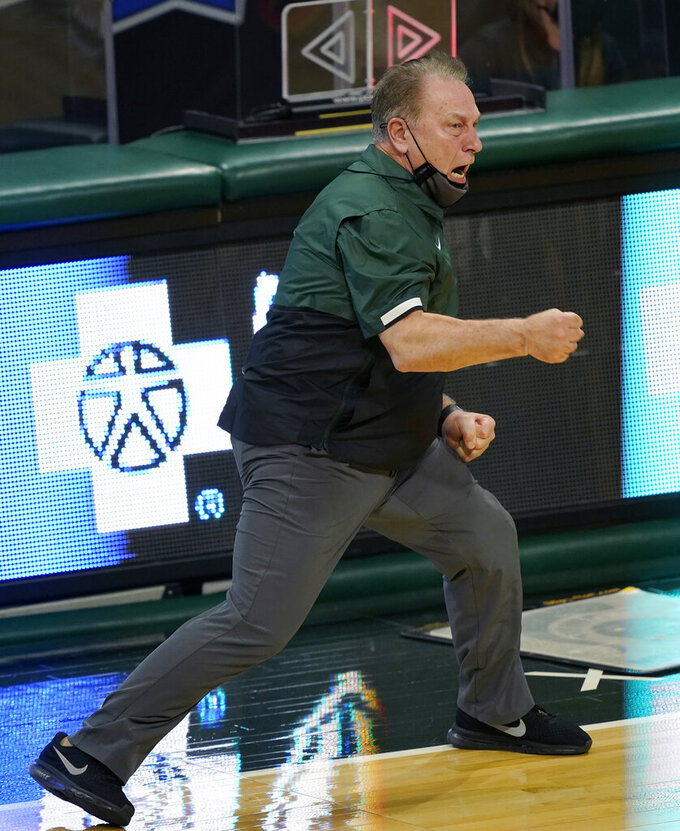 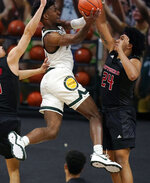 Aaron Henry did it all for No. 23 Michigan State.

For much of the night against No. 15 Rutgers, he had to while teammates turned the ball over and missed shots.

Henry had 20 points, eight rebounds, four blocks and two steals to help the Spartans pull away and beat the Scarlet Knights 68-45 on Tuesday night.

“He did the job for us, which the best players are supposed to do," coach Tom Izzo said. “What I liked about him is, he was efficient. Aaron saved us a little bit."

Michigan State (8-3, 2-3 Big Ten) had a 17-point scoring edge in the second half with a late offensive surge to win a second straight game after opening conference play with three straight losses.

Rutgers started 0 of 7 at the foul line and finished making just 3 of 12 free throws, a troubling trend for the potentially promising team.

“It doesn’t help that we can’t make a free throw to break some of these runs," coach Steve Pikiell said.

“Coach Izzo had them ready," Pikiell said. "I didn’t have our guys ready. We have to play better on the road in a league like this."

Henry played well enough to allow Michigan State to overcome a season-high 18 turnovers, contributing four giveaways himself. He made desperately needed shots, connecting on 8 of 13 from the field while the rest of the team struggled to score until late in the game.

Reserve Rocket Watts and Joshua Langford each scored 11 points for the Spartans, who led by just six points at halftime.

Henry was the only Michigan State player with more than three points in the first half, but making stops at the other end the entire game made the difference.

“This gives us a barometer of where we can be defensively," Izzo said. “We can show our guys, this is what happens when you guard. They shot 30% and they got some easy shots off our turnovers so that makes our half-court defense even more impressive."

“They beat us on the backboards, and beat us in every area,” Pikiell said. “It’s just disappointing."

The lopsided result was combination of the Spartans' defense leading to a lot of opportunities on the boards.

“They were tough and obviously, (we) missed a ton of shots," Pikiell said.

Rutgers center Myles Johnson, who had two points and seven rebounds, appeared to hurt his left leg late in the game. The Scarlet Knights were already without center Clifford Omoruyi, who has been out with a knee injury since a win over No. 13 Illinois two weeks ago.

Rutgers: Free-throw shooting has been a problem all season, entering the season making just 61% to rank 319 out of 335 teams in the country.

“It's an issue and we've got to get better at it and we will," Pikiell said. “The foul line can be a friend on a night like this, but we couldn't make a free throw."

Michigan State: For a second straight game, Henry led the way Izzo needs him to for this team.

“Aaron Henry is playing about as well, other than turnovers, that I could ask for in the last two games," Izzo said.

He had a career-high 27 points when the Spartans ended a three-game losing streak with an 84-77 victory over Nebraska on Saturday night.

“I think there's a real comfort level that I can go back to him and say this is why you're playing better," Izzo said.

The Scarlet Knights will likely slide down in the poll and the Spartans should avoid slipping again in the AP Top 25.