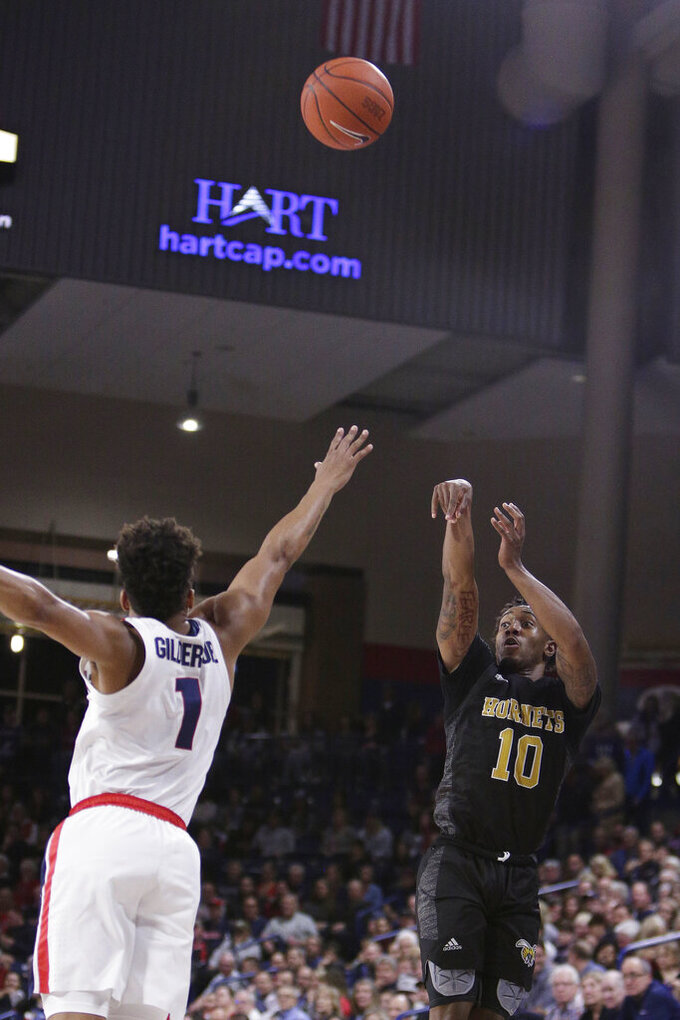 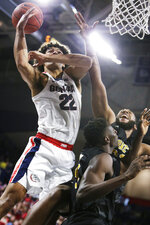 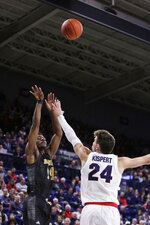 SPOKANE, Wash. (AP) — Corey Kispert is the only returning starter for No. 8 Gonzaga from last year's Elite Eight team, and he knows many of his young teammates are looking for leadership.

He provided it Tuesday.

Kispert scored a career-high 28 points as Gonzaga used a second-half surge to beat Alabama State 95-64 in the season opener for both teams.

"Setting the tone for the team is kind of what I am trying to do," Kispert said after making 10 of his 13 shots, including five from 3-point range.

"I was in rhythm, not thinking too much," Kispert said. "I let it come to me. That's when the best things happen."

Kispert knows he has to take a leadership role on a team that lost four starters to the NBA.

He said he learned how to be a leader from former teammates Johnathan Williams two years ago and Josh Perkins last year.

"I played with guys who did it well," Kispert said.

Filip Petrusev added 15 points, Admon Gilder scored 12 and Ryan Woolridge had 11 for depleted Gonzaga, which is down to nine scholarship players. The Bulldogs have won 16 consecutive season openers dating to 2003.

Jacoby Ross scored 16 points and Brandon Battle had 10 for Alabama State in the first meeting between the teams.

Consecutive 3-pointers by Ross allowed the Hornets to cut Gonzaga's lead to 50-41 early in the second.

"It was a complete breakdown in our coverage," Kispert said. "We've got to tighten up."

Gonzaga replied with 15 straight points, while holding Alabama State scoreless for nearly six minutes, to take a 65-41 lead and was not threatened again. Kispert had nine points in that run.

Alabama State coach Lewis Jackson said the 24 fouls called on his team were a big problem.

"We wanted to come out aggressively on defense, but we picked up too many fouls," Jackson said. "They got too many points off the free-throw line."

Gonzaga sank 17 free throws, to just seven for the Hornets.

"Jacoby played really well," Jackson said. "He was aggressive on defense and played with a lot of poise."

Forward Killian Tillie is still recovering from knee surgery and did not play, while freshman guard Brock Ravet, who was expected to contribute, has temporarily left the team for personal reasons. Gonzaga coach Mark Few said Tillie is the team's most experienced player, despite missing much of last season with various injuries. "It's frustrating for him," Few said. "Hopefully we'll get him back."

Alabama State: The Hornets are starting the season with 15 consecutive road games. They do not play at home until January. Jackson is seeking his 200th career victory.

Gonzaga: The Zags are picked to win an eighth consecutive West Coast Conference regular-season title. They have averaged 33 wins per season since 2014-15, tops in the nation.