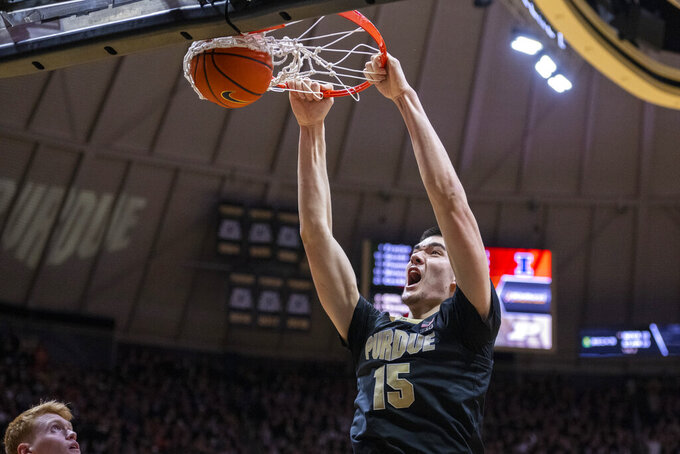 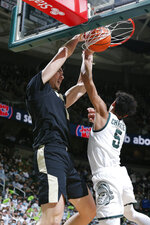 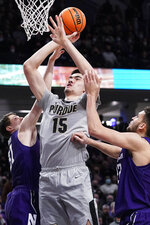 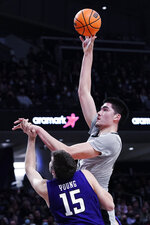 The extraordinary height of Purdue’s Zach Edey makes it difficult for anyone to stop him when he gets the ball near the basket.

That likely will continue to be the case whenever the 7-foot-4 sophomore from Toronto enters the pro ranks.

“He’s an outlier,” Purdue coach Matt Painter said earlier this season. “There’s nobody else out there like him. There might be some people of that size, but they don’t have the skill that he has, in terms of his ability to make shots around the rim.”

That doesn’t make Edey a sure-fire NBA prospect. Edey still must show he can defend at the NBA level.

It’s the same question facing Illinois big man Kofi Cockburn, a national player of the year candidate averaging 21.5 points and 10.7 rebounds. Neither is regarded as a likely first-round pick – or even an early second-round selection - because of concerns about how their defense would translate to the NBA.

“If you take him and play him and have him on your roster and put him on the floor in the NBA, you’re doing it knowing you’re not winning with defense on those possessions and those minutes when he’s out there,” Field of 68 Media Network founder Rob Dauster said.

Dauster said any team that takes Edey would be drafting him because “you know anytime he’s got somebody on his back, he’s going to score.”

“I do think there’s a role for him somewhere in the NBA,” Dauster said.

Edey has made remarkable progress to get to this point. He grew up playing hockey and baseball and didn’t take up basketball until 10th grade before honing his skills at IMG Academy in Bradenton, Florida. He was rated as the nation’s No. 440 prospect in his high school class according to composite rankings of recruiting sites compiled by 247Sports.

That work ethic could enable Edey to develop a more well-rounded game whenever he chooses to turn pro. Edey could gain some more notice by helping Purdue make a deep postseason run now that the eighth-ranked Boilermakers have fallen out of Big Ten title contention.

“Obviously winning the Big Ten was always a goal for us, like it is for any team in the Big Ten,” Edey said Tuesday after a 70-67 loss at No. 10 Wisconsin. “But as a team we always felt like there’s bigger things that can happen for us, There’s more lofty goals that we can achieve. So we just have to focus on those now.”

STRENGTHS: His height causes matchup problems in college and will continue to do so in the NBA. The fact he’s shooting 67.5% from the floor underscores how tough he is to defend once he gets the ball around the basket.

WEAKNESSES: His defense could be a major issue when he gets to the NBA. His offense at this point comes from right around the basket. Edey hasn’t even attempted a 3-point shot in his college career.

DRAFT PROJECTION: There’s a possibility he could get taken in the second round if he enters the draft this year. He might want to stay at Purdue and continue working on his game.

The national player of the year candidate scored 16 points against Purdue to help No. 10 Wisconsin grab at least a share of the Big Ten regular-season title. Davis, a sophomore, is a near-certain lottery pick.

Ivey, a likely top-five selection, scored 22 points against Wisconsin and sank a game-tying 3-pointer with 8.9 seconds left before the Badgers’ Chucky Hepburn answered by banking in a 3-pointer with 1.5 seconds remaining.

Liddell continues to make his case as a potential first-round draft pick. Liddell had 27 points, 14 rebounds and six blocks Tuesday in the 23rd-ranked Buckeyes’ surprising 78-70 home loss to Nebraska.