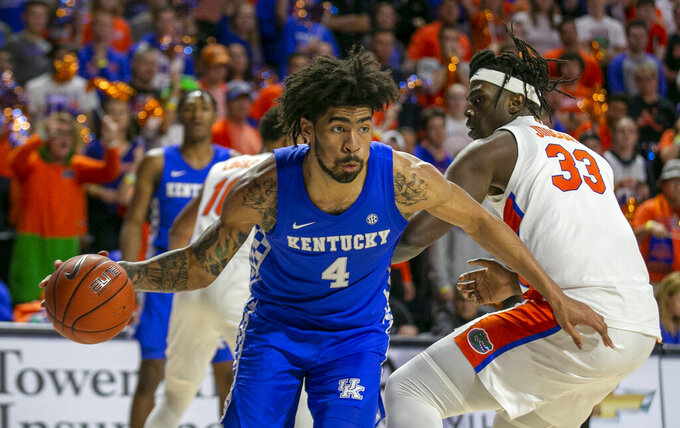 LEXINGTON, Ky. (AP) — Kentucky forward Nick Richards will enter the NBA draft and forego his final season of collegiate eligibility by signing with an agency.

The 6-foot-11 junior is the fourth Wildcats starter to turn pro. He’s coming off a breakout season in which he was named a first team All-Southeastern Conference selection by The Associated Press and league coaches. His per-game scoring average increased 10 points from his sophomore season to 14.0 while starting 30 of 31 contests to help the Wildcats (25-6) earn the SEC regular season title before the postseason was cancelled because of coronavirus concerns.

Richards also ranked fourth nationally in shooting at 64% and made the SEC all-defensive squad with averages of 7.8 rebounds and 2.13 blocks per game.

Richards, from Kingston, Jamaica, thanked Kentucky coaches and teammates for his steady improvement in a release on Tuesday. He said it’s time to pursue his ultimate dream of being an NBA player and added, “I’m prepared for this step because of my time at Kentucky.”