No. 10 Kentucky holds off Arkansas after Calipari ejection 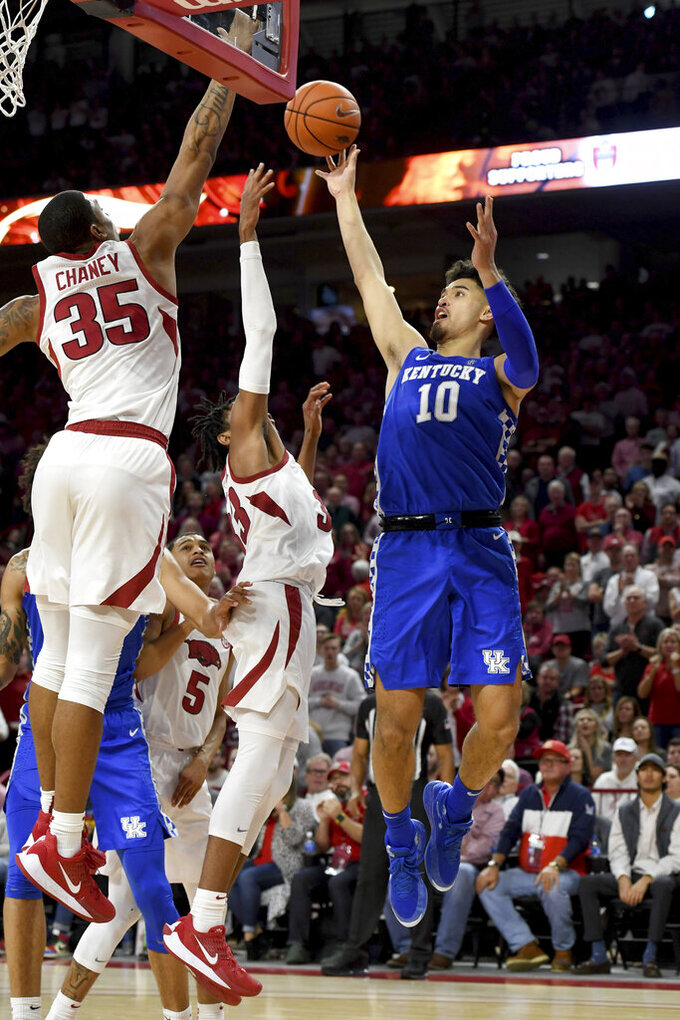 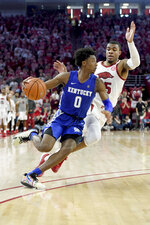 FAYETTEVILLE, Ark. (AP) — Nick Richards and No. 10 Kentucky could have wilted after coach John Calipari was ejected in the second half.

They had another idea.

Richards had 17 points and nine rebounds, and the 10th-ranked Wildcats held off Arkansas for a 73-66 victory Saturday.

The game was tied at 44 with 8:19 left when Calipari became upset after forward EJ Montgomery was whistled for an offensive foul for an illegal screen. He received two technical fouls as the sellout crowd at Bud Walton Arena cheered wildly.

“I think it happened so fast we couldn’t really react to it,” assistant coach Kenny Payne said when asked about getting between Calipari and the officials. “Unfortunate for me especially, sitting there having to coach the game in the end in a critical point in the game where it’s turning in their favor. But these kids are resilient.”

Jones then made three free throws to give the Razorbacks their first lead since the opening minutes. But the Wildcats stepped up their defensive effort and put together a 17-2 run.

“It’s an execution game (at that point),” Payne said. “The last thing they’re expecting us to do is rebound and push the ball up the court. Well, that’s what we did. By doing that, we got a couple layups, we got a wide-open 3 and it opened the game up for us and gave us a cushion.”

“I thought their defense during the scoring drought, they went zone and kept the lane compact. I thought we forced some shots,” Arkansas coach Eric Musselman said. “I thought in the second half we settled in a lot better up until that scoring drought. But look, this one hurts.”

Kentucky was coming off an 81-78 loss at South Carolina on Wednesday night. It likely will drop a few spots when the next poll comes out.

Kentucky: Led by Richards, the Wildcats showed off their balance. Tyrese Maxey had 11 points on 5-for-7 shooting, and Brooks finished with 10 points and seven boards.

Arkansas: The Razorbacks played just seven players, and the lack of depth hurt in the second half. They were outrebounded 47-29 for the game.