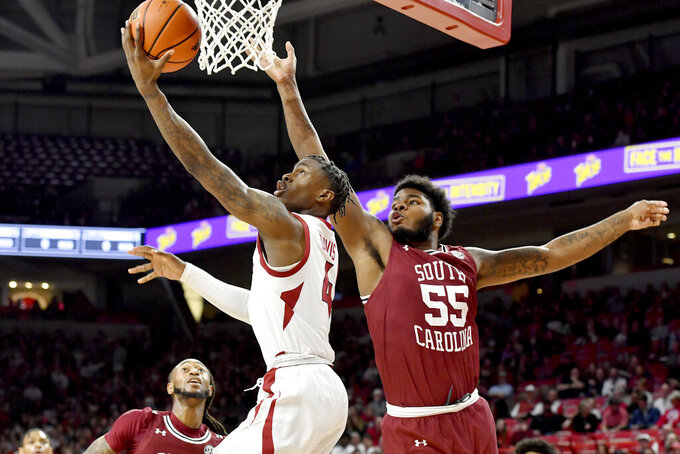 The Razorbacks trailed by seven points at halftime but opened the second on an 18-3 run, shooting 8 of 16 from the floor for a 51-41 lead. Au’Diese Toney scored six points and Williams added four during the stretch.

South Carolina missed its first 11 field goals after the break before Devin Carter’s jumper and later a free throw made it 51-46 with 10:25 left, but the Gamecocks didn’t get closer.

Toney finished with 13 points and Stanley Umude added 12 for the Razorbacks, who shot 15 of 30 from the floor in the second half and 27 of 33 (82%) overall from the free-throw line.

Arkansas coach Eric Musselman returned five days after having surgery on his left shoulder, which was injured during a collision at practice. He coached the game wearing a sling. He missed the team’s last game.

South Carolina hosts Georgia on Saturday. Arkansas is at home against Mississippi on Saturday.

This story has been corrected to show Arkansas coach Eric Musselman returned to coach the game after shoulder surgery.