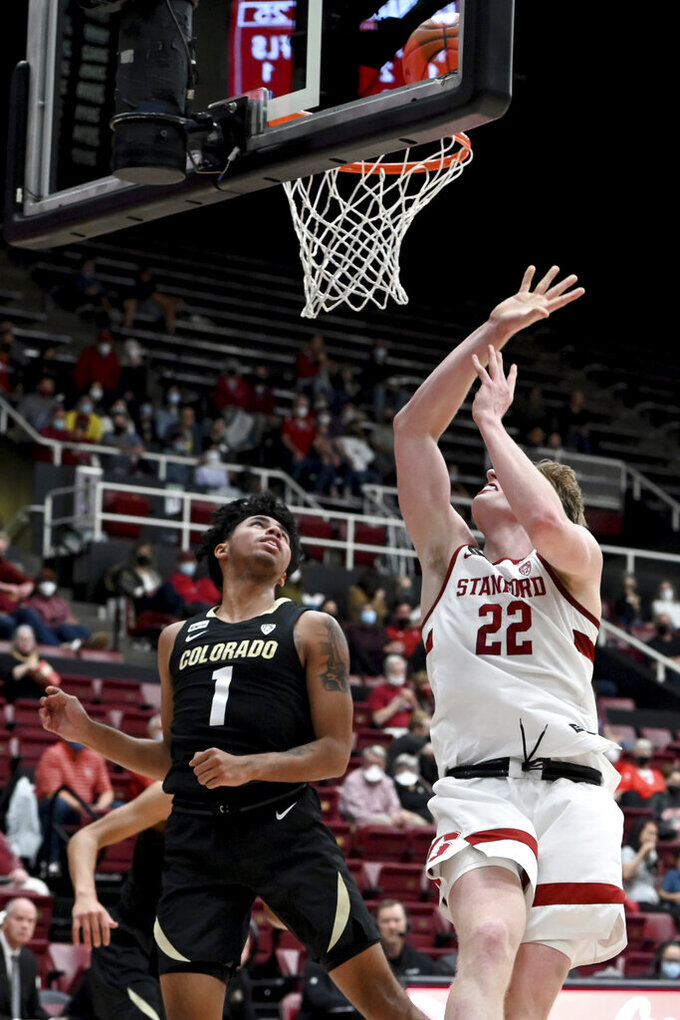 The Buffaloes pulled away with a 15-1 run for a 57-46 lead with 5:27 remaining. Jabari Walker sparked the rally with a 3-pointer and ended it with a dunk. Stanford scored the next four points to make it 57-50 but didn't get closer.

The Cardinal led 31-29 at the break and extended it to a 37-33 advantage early in the second. Battey then made consecutive 3-pointers and Clifford added a third from long range and Colorado led 42-40. Stanford answered with a Maxime Raynaud layup and a Spencer Jones 3-pointer for its last lead before the Buffs pulled away.

Colorado hosts Arizona State on Thursday. Stanford ends its regular season with three straight on the road, starting with rival California next Saturday.