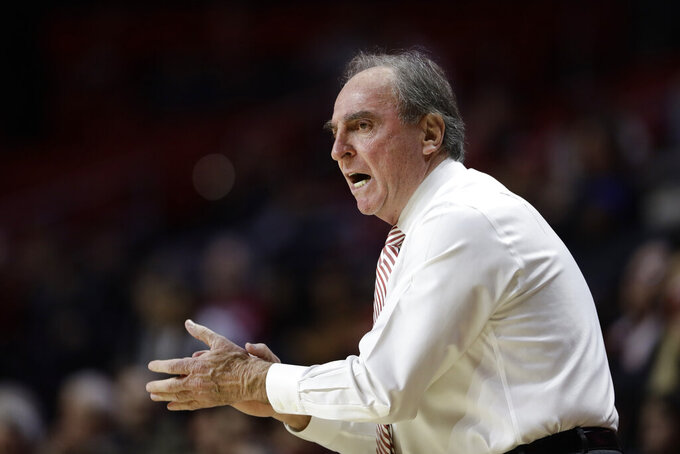 PHILADELPHIA (AP) — La Salle hired former Penn and Temple coach Fran Dunphy on Tuesday to take over the sagging men's basketball program that he led to some of its greatest seasons as a guard in the 1960s.

Dunphy is ingrained in the Philly hoops fabric like few in the city’s storied history. He played basketball at Philly high schools and went to games at the Palestra as a kid. He was co-captain under Tom Gola at La Salle, earned a master’s degree at Villanova and won 10 Ivy League titles in 17 seasons at Penn.

“La Salle has given me so much over the years,” Dunphy said. “It gave me a chance to be a a part of multiple teams as a student-athlete, an opportunity to form lifelong friendships, and helped mold me into the man I am today. I can’t wait to work with the young men on the team, reintroduce myself to the campus community, and to help my alma mater any way I can.”

The lone blemish on Dunphy’s career is his lack of success in the NCAA Tournament. The Owls won only two games while the Quakers had one in 10 trips.

Dunphy was a member of the 1968-69 LaSalle team that was coached by Gola. The team finished that season 23-1 and ranked second in the final Associated Press Top 25 Poll. As a senior, Dunphy averaged 18.6 points per game and also led La Salle in assists.