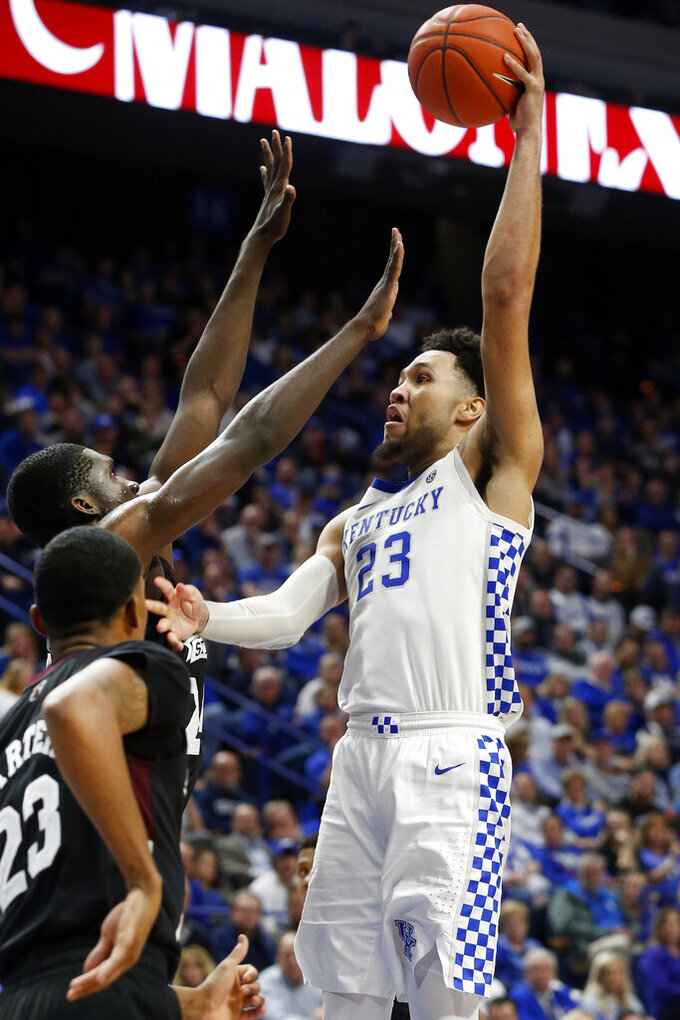 Here are a few things to watch this weekend in the Southeastern Conference:

No. 11 Auburn vs. No. 18 LSU. With LSU absorbing it first league loss Wednesday night at Vanderbilt, Auburn (20-2, 7-2 Southeastern Conference) can move into a first-place tie with the visiting Tigers (17-5, 8-1) with a victory. LSU had its 10-game winning streak snapped with a 99-90 loss to Vanderbilt Wednesday night. Auburn has won its last five games including last weekend’s victory over No. 15 Kentucky. The game features high-scoring guards, Auburn’s Samir Doughty(15.5 points per game) and LSU's Skylar Mays (15.3). LSU won the last meeting to snap Auburn’s three-game streak in the series.

Florida is practically a forgotten team in the SEC race but is far from out of it. The Gators (14-8, 6-3) do have a fairly friendly schedule upcoming with only one game out of the next four against a team with a winning SEC mark. They’re at Ole Miss (2-7) and Texas A&M (5-4) followed by Vanderbilt (1-8) and Arkansas (4-5).

Vanderbilt’s upset of LSU snapped the longest regular-season SEC losing streak at 26 games. The Commodores last such win had come over Mississippi on March 3, 2018, and the skid was at 28 counting tournament games. ... Kentucky’s Immanuel Quickley made all 14 of his free throw attempts in a win over Mississippi State. That tied the school record for most free throws without a miss in a game. ... Next up for Kentucky is a visit to Tennessee; the Wildcats have lost all four trips to Knoxville since the Volunteers hired coach Rick Barnes. ... Texas A&M snapped a three-game home losing streak, 68-51 over Missouri. The Tigers were held to a season-low 18 points in the first half. ... Auburn is 8-0 in games decided by six points or less, including three that went into overtime. Two of the Tigers last three games have reached extra play. ... Florida erased a 22-point, second-half deficit to beat Georgia 81-75 on Wednesday to match the biggest comeback in program history. Florida also rallied from 22 points down in a victory over South Carolina on Feb. 24, 1993. Earlier this season, the Gators beat Alabama in double overtime after trailing by 21 points.

No. 15 Kentucky's star forward Nick Richards rebounded from a subpar outing with a huge game. Richards scored 25 of his career-high outing in the second half of the Wildcats’ 80-72 win over Mississippi State. Richards also had 11 rebounds for his 10th double double of the season. He was held to just seven points and seven rebounds in a loss to Auburn.

''He's really one of the dominant bigs in all of college basketball,'' Bulldogs coach Ben Howland said after the game.

Rhyne Howard, the SEC’s leading scorer at 23.2 points per game, is expected to be out until mid-February with a broken finger.

Texas A&M’s Chennedy Carter has been out with a sprained ankle since Jan. 9. She’s the second-leading scorer with a 21.9-point average.