No. 13 Auburn rallies from 13-point deficit in win over SLU 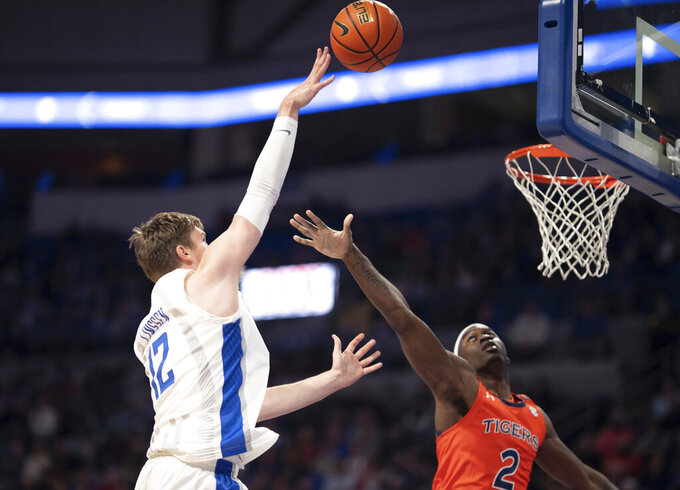 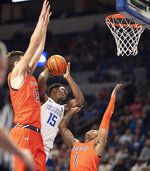 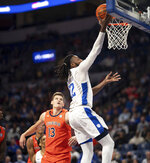 “It was important to get tested ... and I was very proud of those guys,” Auburn coach Bruce Pearl said after his team's second true road game.

“Just too many mistakes under three minutes, and they made us pay for every single one of them,” Saint Louis coach Travis Ford said after his team's third loss in four games. “To me, turnover, missed free throws under four minutes is when you've got to close it out, and that's kind of been the problem.”

Saint Louis was up 60-47 with 9:13 remaining due to a 9-0 run during which Pearl was called for a technical foul. Auburn countered by outscoring Saint Louis 27-10 for the remainder of the contest for its seventh straight win.

“We really just came together,” Kessler said. “The coaching staff did a great job calming us down. We did a great job of calming ourselves down and understood that basketball is a game of runs and we couldn't get rattled.”

Lior Berman hit a 3 with 2:14 remaining to give Auburn its first lead since 13:26 remaining in the first half.

Auburn: Currently owns the second-longest winning streak among SEC teams — behind only No. 19 LSU, which defeated Louisiana Tech 66-57 Saturday night.

Saint Louis: Despite not having a player taller than 6-foot-9, the Billikens outrebounded the Tigers 46-27 and grabbed 19 offensive rebounds.

Pearl was back on the bench after serving a two-game suspension as part of the NCAA’s ruling against Auburn for unethical conduct involving a former associated head coach. ... Forward Jaylin Williams returned after missing Tuesday night’s contest with turf toe.