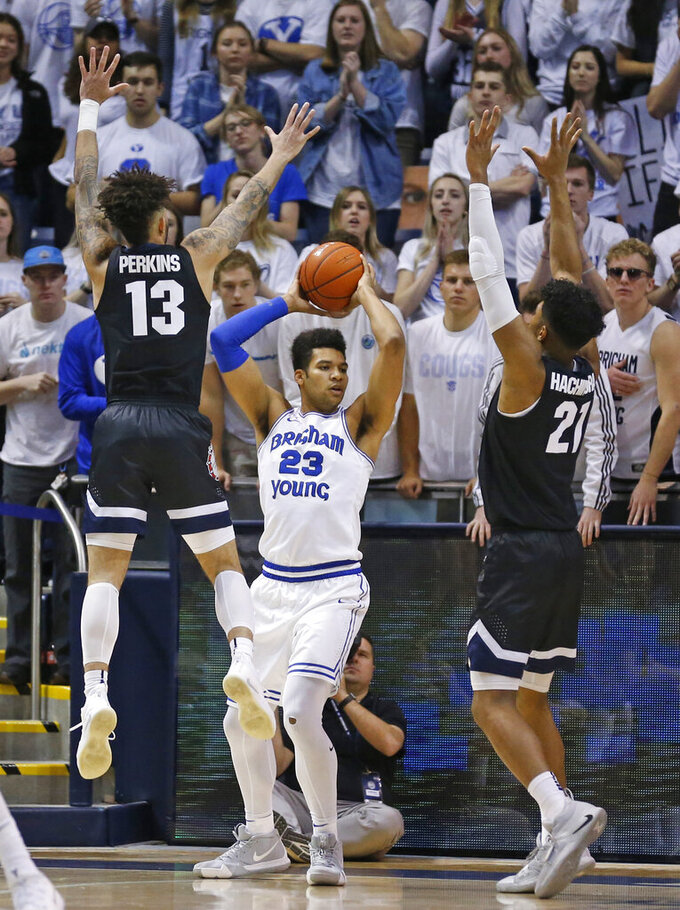 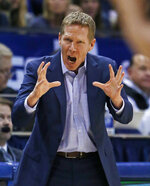 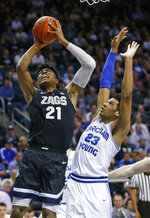 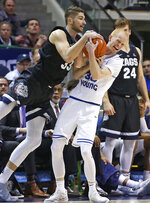 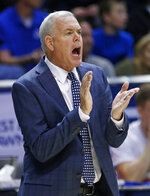 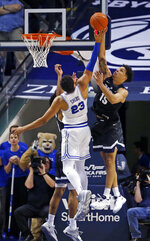 PROVO, Utah (AP) — The way No. 4 Gonzaga is dominating West Coast Conference competition, the Bulldogs could be on cruise control all the way into March.

Brandon Clarke scored 23 points and Rui Hachimura added 20 in leading the Zags to a 93-63 rout of BYU on Thursday night.

Gonzaga dismantled BYU on both ends of the court. It was the first 30-point home loss for the Cougars since Dave Rose became coach and just the second of his tenure overall.

It was the same blueprint Gonzaga has followed since conference play began. In seven league games, the Bulldogs are winning by 31 points per contest.

"Our guys are taking the game plans to heart and they're going out and playing with great effort," coach Mark Few said.

Every time the Cougars started to put together a rally, Gonzaga dug them a deeper hole.

"Our team just has so many weapons offensively," Clarke said. "I feel like it's really, really hard to keep up with us in games if you don't have five players that can match up with us."

BYU (13-10, 5-3) lost for the second time in three games after sputtering on offense for the better part of 40 minutes.

"We just had a really hard time trying to convert," Rose said. "We got the ball up on the rim and it seemed to fall off early. That's the kind of thing that hurt our confidence."

Gonzaga took control on both ends almost from the opening tip. The Bulldogs used a 12-1 run fueled by back-to-back 3-pointers from Zach Norvell Jr. and Kispert and a pair of dunks from Hachimura to sprint out to a 19-6 lead.

BYU struggled to generate offense early. The Cougars missed 10 of their first 13 shots before making three straight to chip away at the deficit. Jahshire Hardnett capped the string of baskets with a 3 that cut Gonzaga's lead to 23-18.

That's as close as BYU got, and the Cougars quickly went cold again. BYU missed nine shots in a row and finished the first half 9 of 33 (27 percent) from the field.

Gonzaga took advantage of BYU's misses by stringing together an 18-2 run. Hachimura bookended a spurt that gave the Bulldogs a 41-20 lead with a layup and a dunk.

BYU closed to 54-40 with 13:07 remaining on consecutive baskets from Nick Emery and Seljaas. Kim Tillie drained a 3 and Hachimura followed with back-to-back layups to stop the Cougars from getting closer. Gonzaga eventually built an 87-57 lead with 4:08 left after Kispert, Clarke and Geno Crandall combined to help the Bulldogs make five straight buckets over a three-minute stretch.

Gonzaga clinched its 22nd straight 20-win season, tied with Duke for the second-longest current streak among Division I teams. The school reached 20 wins only eight times in its first 90 seasons of men's basketball.

The Bulldogs snapped Childs' string of six straight 20-point games after holding him to 3-of-12 shooting. Coming into the game, the BYU forward averaged 22.3 points per game and ranked 16th in the nation in scoring.

Gonzaga made a point of double-teaming Childs and making Haws work for every look at the basket. That strategy worked well. The duo combined for 28 points, but had only 10 baskets on 25 field goal attempts.

"If you check their stats, it's pretty much just (those) two scoring," Clarke said. "We pretty much said that if we can take away those two guys, that it's going to be tough for them to beat us."

Gonzaga: Since the start of conference play, Gonzaga has played like a team poised to be a Final Four contender. There's a distinct chance the Bulldogs could run the table in the WCC for the first time since the 2012-13 season.

BYU: Long first-half shooting droughts doomed any faint upset chances the Cougars possessed. Gonzaga kept Childs in check when it mattered and BYU's guards could not knock down enough shots from the perimeter to relieve pressure around the basket.