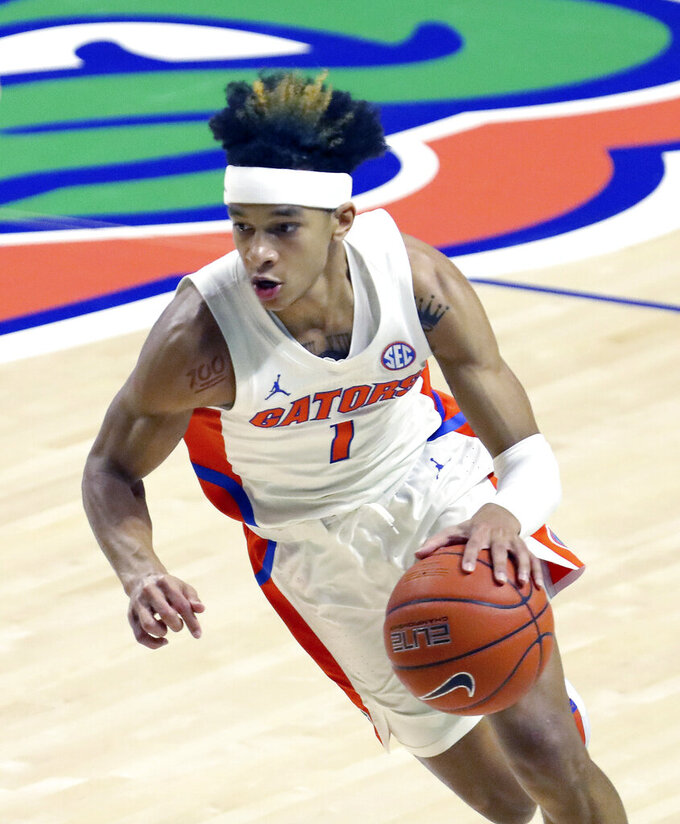 Mann is expected to hire an agent and does not intend to return to college. The 6-foot-5 sophomore from Gainesville led the Gators with 16 points a game and 83 assists this season and was the team's second-leader rebounder, averaging 5.6 a game. He also shot 40.2% from 3-point range.

He elevated his play down the stretch, averaging 20.9 points over Florida's final seven games. His four consecutive 20-plus-point games matched the longest streak by a Florida player over the past 25 years (Nick Calathes, Matt Walsh).

“I would like to thank Coach White and his staff at the University of Florida for believing in me and helping to shape me into the man and player I am today,” Mann said Wednesday in a statement. “Thank you to all my teammates who shared the Gator uniform with me for the last two seasons.

"Thank you to my family for always providing me with love and support. No words can ever describe how grateful I am to you.”

Mann tested the NBA waters after his freshman season, in which he averaged 5.3 points off the bench. He ended up returning to Florida and becoming the team's best player following Keyontae Johnson's collapse in early December.

Coach Mike White revamped his offense following Johnson's still-unexplained crumple to the court and health condition, switching from a dribble-drive scheme designed to take advantage of Johnson’s slashing strengths to a heavy dose of ball-screen action that proved to be a perfect fit for Mann.

Mann's quickness, ball skill and range made him difficult, maybe even downright impossible, to guard. His step-back jumper became a go-to shot late this season.

NBA scouts surely noticed, seeing a still-growing playmaker who looks ready for the next level. White seemingly saw it coming, too.

“You want these guys to realize the dream,” White said earlier this month. “All these guys want to play at the highest level, and if any one of these guys have a realistic shot in the spring and they’re getting positive feedback from the NBA, I’ll be the first one to tell them, ‘Hey, man, if you feel like you get something and we can get something guaranteed, go.’

Mann boosted his scoring average 10.7 points from Year 1 to Year 2, matching the biggest single-season jump by a Florida player (Joakim Noah) in the last 25 years.

Noah was the ninth overall pick in the 2007 NBA draft. Mann is currently the No. 15 prospect in ESPN's draft rankings.