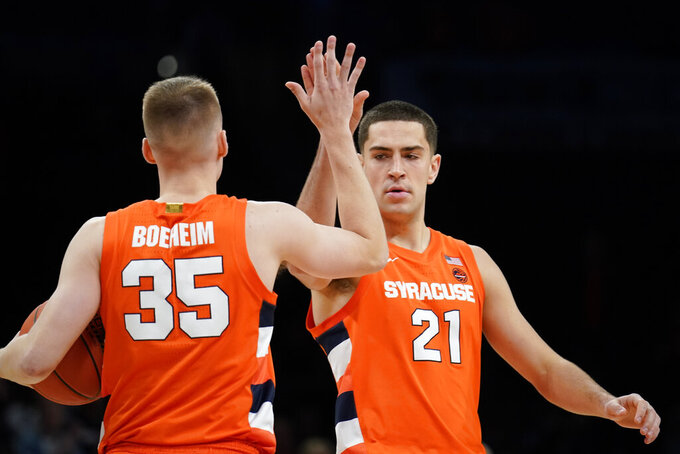 SYRACUSE, N.Y. (AP) — Syracuse forward Cole Swider will forgo his final year of eligibility and declare for the NBA draft, he announced on social media.

“I'll be forever thankful for the opportunities Syracuse provided. I believe it is time to challenge myself at the next level," Swider wrote Sunday on Twitter, adding that he would sign with an agent.

The 6-foot-9, 220-pound Rhode Island native transferred to Syracuse last year from Villanova and started all 33 games for the Orange in 2021-22. He averaged 13.9 points, second on the team to Buddy Boeheim (19.2), and topped Syracuse in rebounding, averaging 6.8.

Swider also shot a team-high 41.1% (81 of 197) from 3-point range and excelled toward the end of the season, when the Orange won six of seven before faltering. He went 31 of 55 (56.3%) from beyond the arc in a 10-game span despite missing all five attempts in a loss at Virginia Tech.