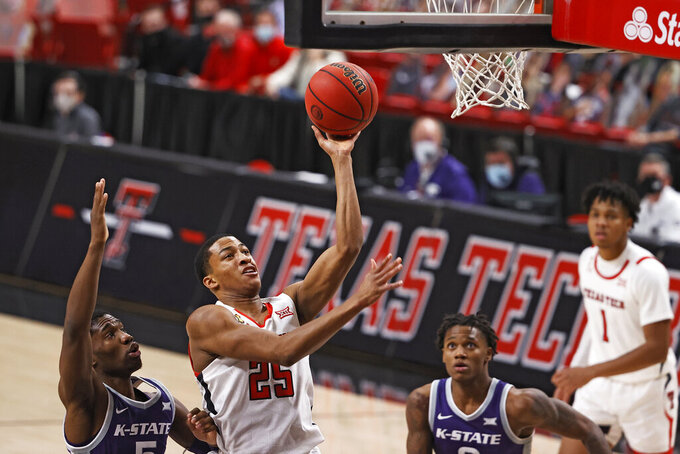 Texas Tech's Nimari Burnett (25) lays up the shot during the second half of an NCAA college basketball game against Kansas State, Tuesday, Jan. 5, 2021, in Lubbock, Texas. (AP Photo/Brad Tollefson)

Coach Chris Beard made the announcement Thursday, two days after Burnett played a season-low six minutes in the No. 18 Red Raiders' 82-71 victory over Kansas State.

Burnett was struggling offensively, shooting 28% from the field and just 17% from 3-point range. The guard's best showings came in consecutive games before the start of Big 12 play, when he had 12 points against Grambling State and 10 against Abilene Christian.