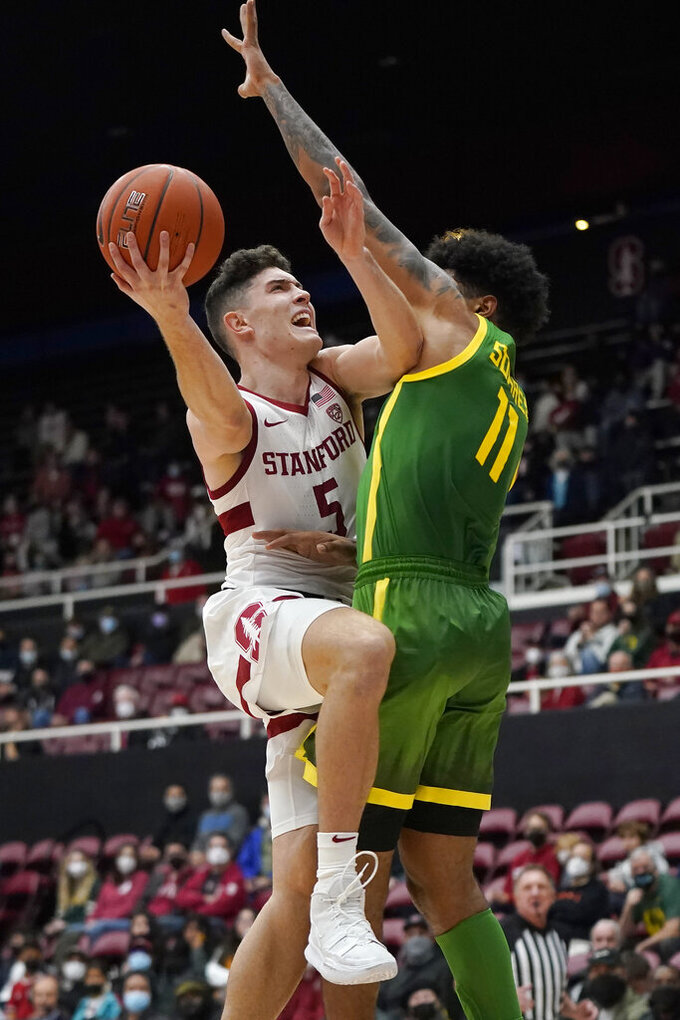 Michael O'Connell added a season-high 15 points for Stanford (5-3, 1-1 Pac-12), which snapped a three-game skid against the Ducks.

Oregon's Will Richardson hit a 3-pointer to make it 69-all with 1:06 to play. O'Connell and Richardson traded missed 3-point shots before Delaire hit the winner.

Quincy Guerrier scored 13 over the next 8 minutes as the Ducks trimmed their deficit to five and Jacob Young made a layup with 2:36 remaining to cap a 13-4 run and give Oregon a 66-65 lead — its first since 30-29. Ingram answered with two free throws and Spencer Jones tipped in a missed put-back dunk attempt by Ingram to put Stanford back in the lead.

The Ducks, the two-time defending regular season Pac-12 champions. lost their first two conference games for the first time since the 2018-19 season.