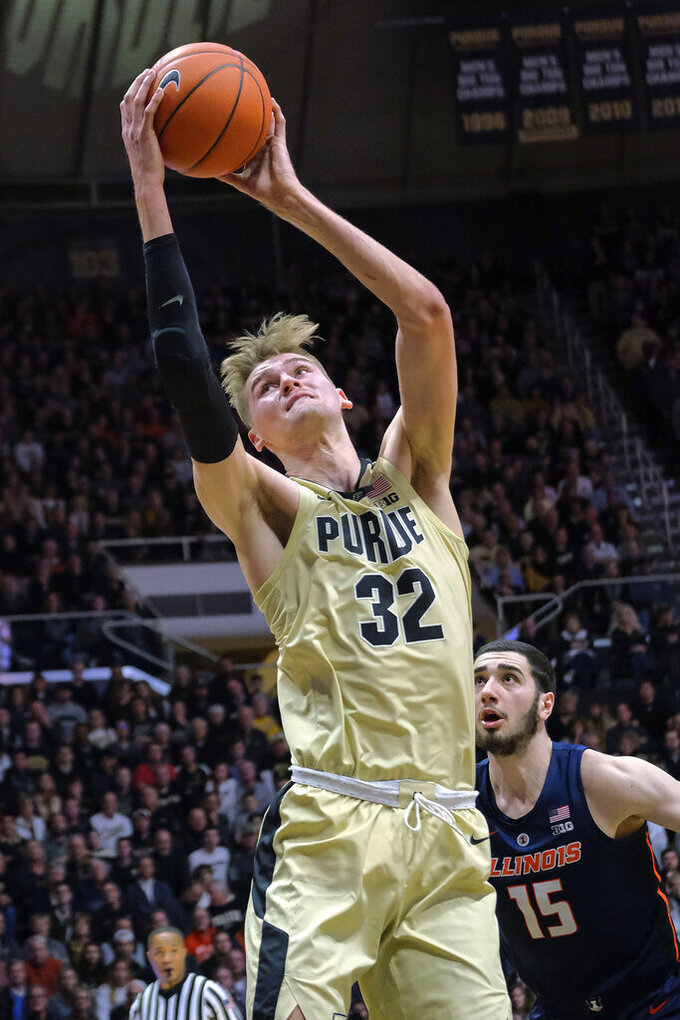 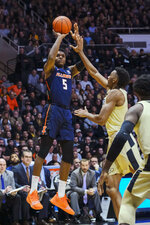 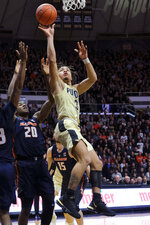 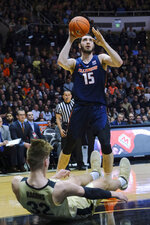 But on Wednesday night, it was clear that an efficient performance from Edwards can elevate the 14th-ranked Boilermakers into consistent winners as March approaches.

Edwards scored 23 points on 8-of-14 shooting after making 7 of his 40 attempts in the previous two games, and Purdue got its fourth straight victory, 73-56 over Illinois.

Haarms, who was recently re-inserted into the starting lineup, has shot 75 percent from the field and averaged 15.5 points per game during the Boilermakers' winning streak. He has 14 blocks in the four-game stretch.

Illinois (10-18, 6-11) led the back-and-forth game 33-32 at halftime and rallied to tie it at 48 with 9:43 remaining. Then Edwards and Haarms took over as the Boilermakers scored 12 straight points. Illinois got no closer than nine points the rest of the way.

Haarms found an advantage over Illinois center Giorgi Bezhanishvili, who was hampered by foul trouble most of the night. Bezhanishvili recorded just two points and five rebounds before fouling out.

"We knew he was very talented," Haarms said about Bezhanishvili, who came in averaging 12.3 points. "We knew how aggressive they were going to be with their bigs ... so we knew we could exploit that by going over the top of them."

Illinois struggled from the field, shooting 32.8 percent overall and 27.6 percent from 3-point range.

"You can't go on the road and take 30 3s, especially when you're not making them," Illini coach Brad Underwood said.

Ayo Dosunu and Andres Feliz led Illinois with nine points apiece. The Boilermakers held a 36-27 advantage on the boards.

"When you take a bad shot, they're one of the elite teams in college basketball making you pay for that," Underwood said.

The Boilermakers had 40 points in the paint to 18 for Illinois, and Underwood said that disparity was one reason the Illini couldn't keep up in the second half.

Illinois showed some depth, with 26 bench points to Purdue's two, but still lost its third straight, squandering a chance to earn a signature win.

Purdue remains in the hunt for its 24th Big Ten championship.