Fernando helps No. 21 Maryland past Northwestern 70-52 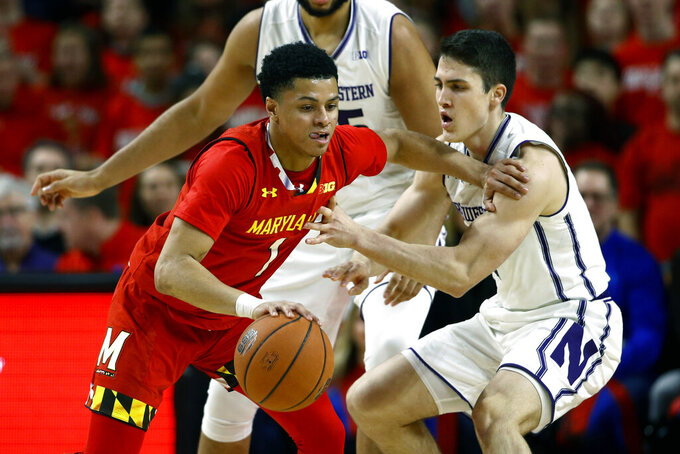 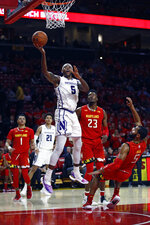 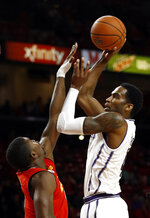 Though Northwestern coach Chris Collins was unaware of that development, he sure knew what to expect from the Terrapins on Tuesday night.

"We knew we were going to face a hungry team," Collins said after No. 21 Maryland snapped its first skid of the season with a 70-52 rout.

Bruno Fernando had 22 points and 10 rebounds for the Terrapins, who bounced back nicely from an embarrassing loss to Illinois at Madison Square Garden.

"I couldn't eat. I was upset," Turgeon said. "I came to practice (Monday) and the guys were terrific. I put four pounds on at dinner. I just knew that they were ready to come back and play well."

"It was very encouraging to be able to bounce back from the two losses, just move on and try to create another winning streak," Fernando said.

Maryland won seven in a row before falling to Michigan State and Illinois, which caused the Terrapins to sink eight notches in the AP Top 25.

This victory helped ease some of the sting.

It was the fourth straight double-double and 13th of the season for Fernando, a 6-foot-10 sophomore who helped Maryland finish with a 44-28 rebounding advantage.

Northwestern shot 31 percent from the floor and went 5 for 23 from 3-point range.

"It's not like we missed every open shot," Collins said. "It was a combination. Maryland was dialed in. They were locked in to what we were trying to do."

After Law hit a jumper to open the second half and get the Wildcats to 33-24, Maryland followed with a 20-6 run to pull away. Fernando scored six points in the spree and Jalen Smith and Eric Ayala tallied five each.

Smith scored 14 and fell one rebound short of his third double-double of the season.

Fernando scored 12 points and the Terrapins limited the Wildcats to 23 percent shooting in taking a 33-22 halftime lead.

Anthony Cowan Jr. got Maryland started with a four-point play, and Northwestern missed 12 straight field-goal attempts while the Terps went on an 11-1 run to make it 15-5.

After the Wildcats closed to 19-15, Fernando contributed a dunk, layup and two free throws to a 10-0 spurt that put Maryland up by 14.

The Terps have shown a tendency to fritter away halftime leads this season, but that wasn't the case in this one.

"To do that was very encouraging for us," Fernando said. "It means that we're doing a lot of things right. So we've just got to keep it that way."

Northwestern: The Wildcats are in the midst of a stretch in which they're playing seven of 10 on the road. Northwestern is 9-3 at home and 1-5 away.

"For us, we've just got to get back home and get back to business and try to figure out a way to win our next one," Collins said.

Maryland: This was the Terps' lone home appearance over a span of six games, and one of only two home games from Jan. 15-Feb. 22.

Northwestern: Facing a Maryland team desperate to get back on track, the Wildcats were outplayed on both ends of the floor during another poor performance on the road.

Maryland: The Terrapins stopped their first losing streak of the season and can move back up the rankings by keeping the momentum going at Wisconsin on Friday.

Maryland: Friday night's game is a rematch of a Jan. 14 duel in which the Terrapins beat the Badgers 64-60 after blowing a 21-point lead.