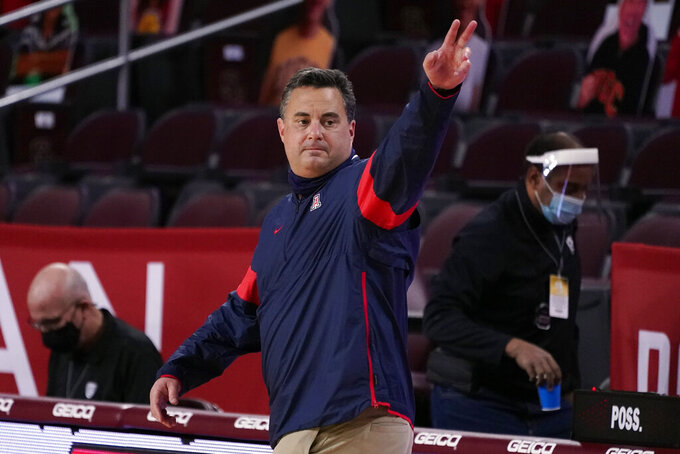 “Xavier is thrilled to welcome Sean Miller and his family back to Victory Parkway,” Xavier athletic director Greg Christopher said. “Sean is an elite college basketball coach and a proven winner who understands the expectations, traditions and values of Xavier and the Big East Conference. He will bring a high level of energy and excitement to our program and he will do it the right way.”

Miller went 120-47 at Xavier from 2004-09, leading the Musketeers to the NCAA Tournament his final four seasons before being hired at Arizona. He had success in the desert, leading the Wildcats to five Pac-12 regular-season titles, but was embroiled in the investigation his final three years.

“Amy and I are humbled to be returning to Xavier,” Miller said in a statement. “Xavier and the Big East Conference both hold special places in my heart. I enjoyed my experience competing at the highest level in the Big East as a player and have always dreamed of being a head coach in the best basketball league in the country. Xavier has always done things the right way.”

Arizona has been in the NCAA’s crosshairs since being ensnared in a 2017 FBI investigation into shady recruiting practices.

The NCAA issued a Notice of Allegations last year and the case is currently going through the Independent Accountability Resolution Process. Arizona issued a self-imposed postseason ban in 2019.

But Arizona failed to reach the Final Four under Miller and had not won an NCAA Tournament game since reaching the Sweet 16 in 2017.

Miller didn't have to wait long for another shot, returning to a place he was once successful.

“Man, that’s great for him,” Arizona guards Dalen Terry said Saturday as the Wildcats prepared to face TCU on Sunday in San Diego in the NCAA Tournament. “We’re all proud of him. He was proud of us everything we did this year. I’ve spoken to him numerous times. That’s just real good for him.”

Miller was named Atlantic 10 coach of the year in 2008 after leading the Musketeers for a school-record 30 wins and to the Elite Eight. Xavier went to the Sweet 16 the following season.