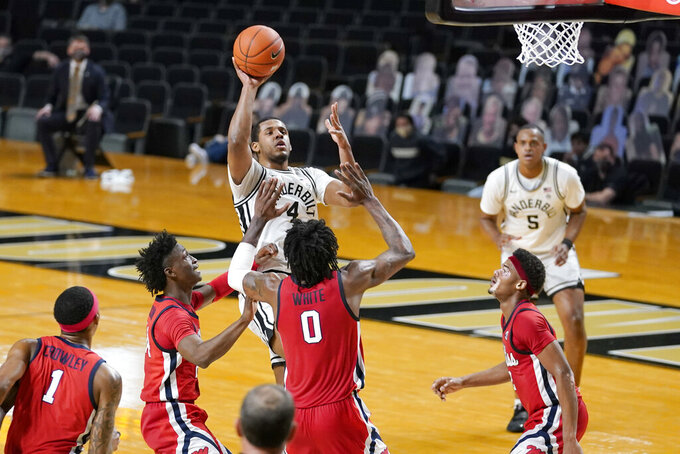 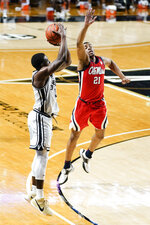 Vanderbilt (7-13, 3-11 Southeastern Conference) was without its top two leading scorers in Scotty Pippen Jr. and Dylan Disu, who combine for 35.5 points per game. Despite that, The Commodores' bench outscored Ole Miss 39-4 to help avoid losing another close SEC game.

Issac McBride gave the Commodores a 10-point lead with 1:51 left before Ole Miss answered with an 8-0 run, capped by Devontae Shuler's 3-pointer. Brown went 1 of 2 on the following possession for a 73-70 lead, but Ole Miss couldn't take advantage — missing two 3-pointers before Brown capped it at the line.

Pippen missed his second straight game after starting his previous 32 and Disu, the SEC’s leading rebounder at 9.2 per game, had knee surgery Friday to end his season.

McBride and Maxwell Evans each added 13 points for Vanderbilt. Jordan Wright had 12 points and five assists, and D.J. Harvey scored 10. Vandy closed the first half on an 11-3 run for a 34-32 lead.

The teams play each other again next Saturday to end the regular season. Before that, Vanderbilt will be at LSU on Tuesday when Mississippi faces Kentucky.