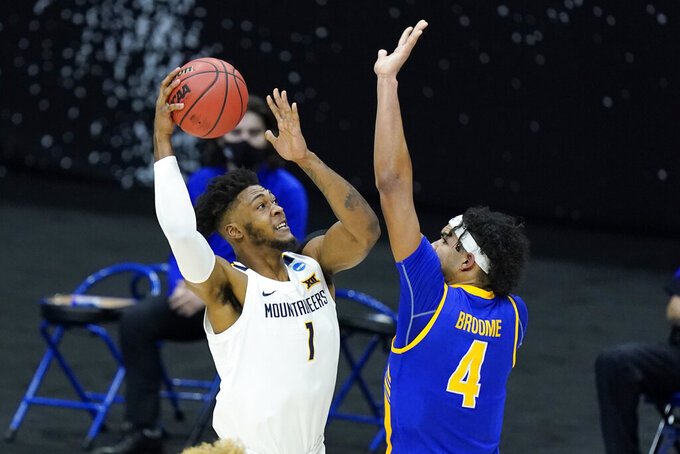 FILE - West Virginia's Derek Culver (1) shoots against Morehead State's Johni Broome (4) during the first half of a college basketball game in the first round of the NCAA tournament at Lucas Oil Stadium in Indianapolis, in this Friday, March 19, 2021, file photo. All-Big 12 forward Derek Culver has decided to skip his senior season at West Virginia to enter the NBA draft. Culver announced Monday night, April 26, 20212, on Instagram that he has signed with an agent. (AP Photo/Mark Humphrey, File)

Culver announced Monday night on Instagram that he has signed with an agent.

Culver was named to the all-Big 12 first team as a junior. The 6-foot-10 Culver was second on the Mountaineers with a scoring average of 14.3 and led the Big 12 with 9.4 rebounds per game. He had 11 double-doubles this past season, but none over his final seven games.

West Virginia's roster has seen an extensive makeover since the Mountaineers lost to Syracuse in the second round of the NCAA Tournament to finish the season 19-10.