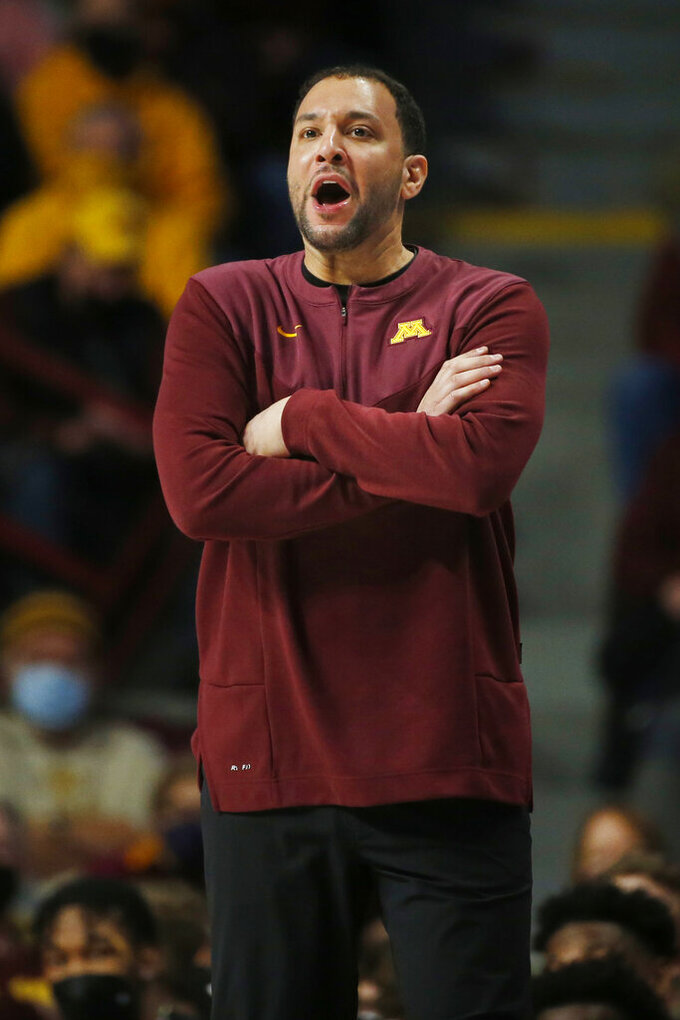 The Gophers announced Tuesday they were postponing their Wednesday game at Penn State because the team had fallen below the conference minimum of seven available scholarship players. The rescheduled date has not yet been determined.

When Minnesota lost at home Sunday to Iowa, four players were missing due to virus protocols, illness or injury, and the absence list grew after testing Monday. The Gophers are next scheduled to play Saturday at home against Rutgers.

On the women's side, sixth-ranked Indiana postponed two games this week — Wednesday against Michigan State and Sunday against No. 25 Iowa — because of COVID-19 protocols within the program. The Hoosiers have had four games postponed or canceled over the last month. Their next scheduled game is Jan. 27 against Illinois.

In the nearly three months since the Division I college basketball season began, more than 840 games have been postponed or canceled because of COVID-19 – including more than 440 women’s games and more than 400 men’s games.

Also Tuesday on the COVID-19 front:

— Washington State postponed the men’s game at Oregon on Thursday.