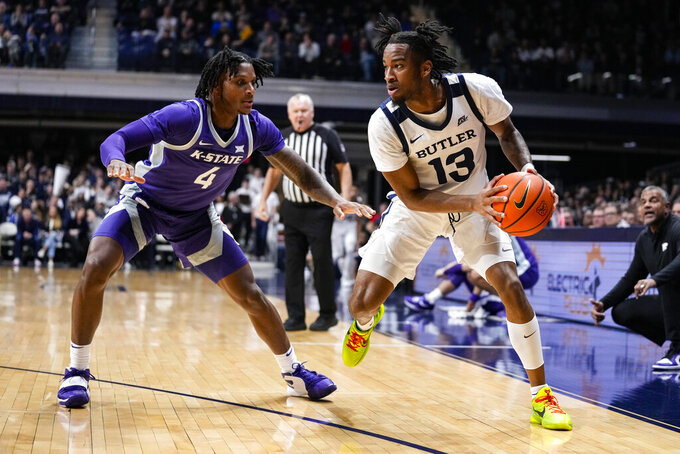 Desi Sills, who was scoreless in the first half, brought Kansas State back within 68-60 with 4:08 remaining after he scored 13 points, including nine straight, during a 15-3 run. But Bates ended the run to put Butler ahead by double digits for good.

Harris finished with 15 points, Eric Hunter Jr. had 13, Jayden Taylor 12 and Simas Lukosius 11 for Butler (5-3). Bates made his first eight shots before missing a short jumper in the lane with 7:18 remaining in the game.

Keyontae Johnson, two years after the scary incident in Florida where he collapsed mid-game, had 20 points, on 9-of-9 shooting, and 12 rebounds for Kansas State (6-1). Sills finished with 17 points and Markquis Nowell had 13. The Wildcats return home to face Wichita State on Saturday.

It was just the second meeting between the schools, with the first coming in a 2010 Elite Eight battle. Butler closed on a 9-2 run over the final 3:09 to advance to its first Final Four in team history behind a game-high 22 points from Gordon Hayward.