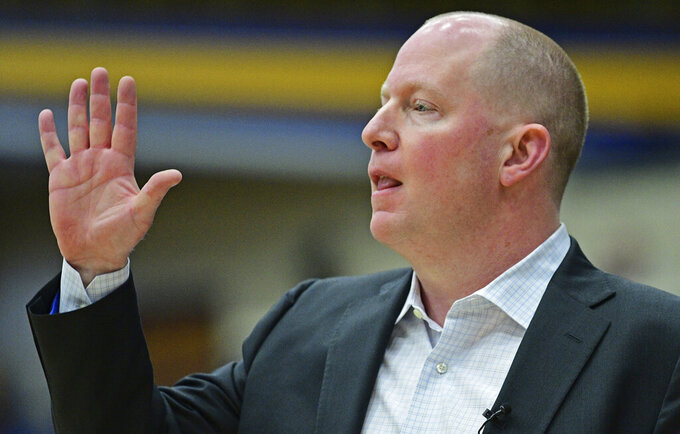 The 47-year-old Senderoff is the winningest coach in Golden Flashes history. He's gone 196-129 in 10 seasons, including 99-77 in the Mid-American Conference. Kent State has finished .500 or better in each of Senderoff's seasons.

The Golden Flashes made the NCAA Tournament in 2017.

Senderoff took over the program in 2011 after serving the three previous seasons as associate head coach. He's also been an assistant at Indiana, Towson, Yale and Fordham.

"We are thrilled to extend the contract of Coach Senderoff,” new athletic director Randale Richmond said Tuesday. “The impact he has had on our student-athletes both on and off the floor has been tremendous. His consistency is a testament to the passion he brings to the program.”