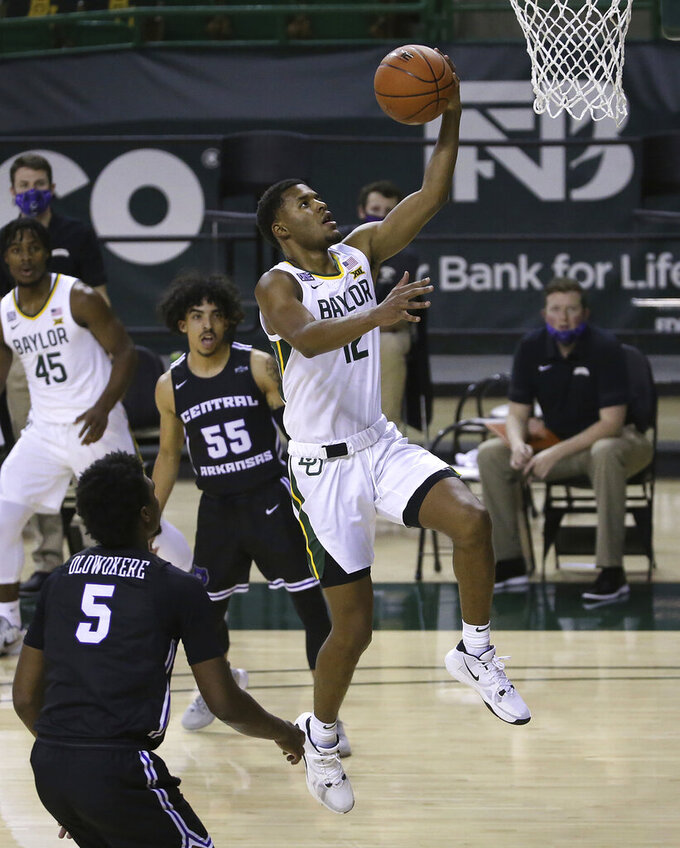 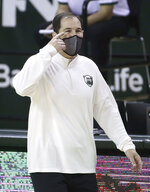 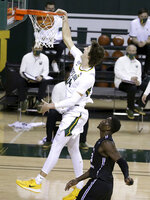 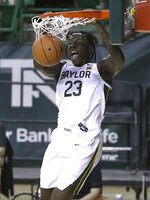 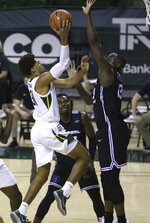 WACO, Texas (AP) — Davion Mitchell and No. 2 Baylor sure like that “Share the sugar” theme they have going, and the Bears are getting some pretty sweet results.

Mitchell had 12 assists, and the Bears had helpers on 25 of their 37 field goals while remaining undefeated with another lopsided victory, 93-56 over Central Arkansas on Tuesday.

“We’ve got great passers and playmakers, and a lot of good shot makers,” coach Scott Drew said. “So everyone knows when you’re open you want the ball, and the job of the person with the ball is to share the sugar.”

MaCio Teague scored 20 points on 9-of-13 shooting and preseason AP All-America guard Jared Butler had 17 points with five assists for the Bears (7-0). Jonathan Tchamwa-Tchatchoua finished with 13 points on 6-of-6 shooting with 11 rebounds, and Matthew Mayer also scored 13 points. Adam Flagler had 10 points after missing the previous two games because of COVID-19 protocols.

Mitchell made two 3-pointers without any assists in the first four minutes, but took only more shot after that when he instead was feeding the ball to his teammates.

“That’s Davion,” Teague said. “He’s always downhill, he’s coming off ball screens, making reads. He’s a really talented player getting others involved, and everybody loves playing with him for that reason.”

Baylor, the only Big 12 team without a loss, returned from its weeklong Christmas break with its sixth win by at least 30 points this season. The Bears' closest game was a 13-point win over then-No. 5 Illinois on Dec. 2.

“They played like we expected them to,” Central Arkansas coach Anthony Boone said. “We played pretty good defense. It’s just that when they’re open, we help on drives and they kick it out. And those guys knock them down. They’re a good shooting team.”

Mitchell and Butler made 3-pointers on for Baylor in the first 36 seconds of the game. Tchamwa-Tchatchoua had an alley-oop dunk on a pass from Mitchell to cap a 10-0 run that put Baylor up 30-15 midway through the first half.

When Mitchell fed Tchamwa-Tchatchoua for another high-flying slam with about 13 1/2 minutes left, it was 68-35 and Central Arkansas was still without a point in the second half.

“You know in Big 12 play, if you don’t get back, you’re giving up buckets. Central Arkansas did a good job beating us down the court in the first half in several instances and putting us on our heels,” Drew said. “Second half, I thought we did a much better job with our adjustments as far as getting back and matching up. ... Our defense kind of imposed its will.”

Central Arkansas: The Bears were without leading scorer Rylan Bergersen (15.3 points per game), who didn't make the trip from Conway, Arkansas, because of an illness that wasn't COVID-19. ... All seven losses have been on the road, including consecutive games at SEC teams Arkansas, Ole Miss and Mississippi State before playing the Big 12 Bears.

Baylor: After the week off, and with another game tipping of about 21 hours after this one ended, the homestanding Bears had a solid performance without getting sloppy. They had only 10 turnovers, just two after halftime even when emptying the bench. ... Baylor has scored at least 80 points in seven consecutive games for the first time since 1994, and has seven double-digit wins in a row for the first time since December 2016.

By Janie Mccauley an hour ago
By Larry Fleisher 11 hrs ago
By Jim Hoehn 12 hrs ago
12 hrs ago
By Hank Kurz Jr. 13 hrs ago