No. 3 Arizona gets another blowout, beating California 96-71 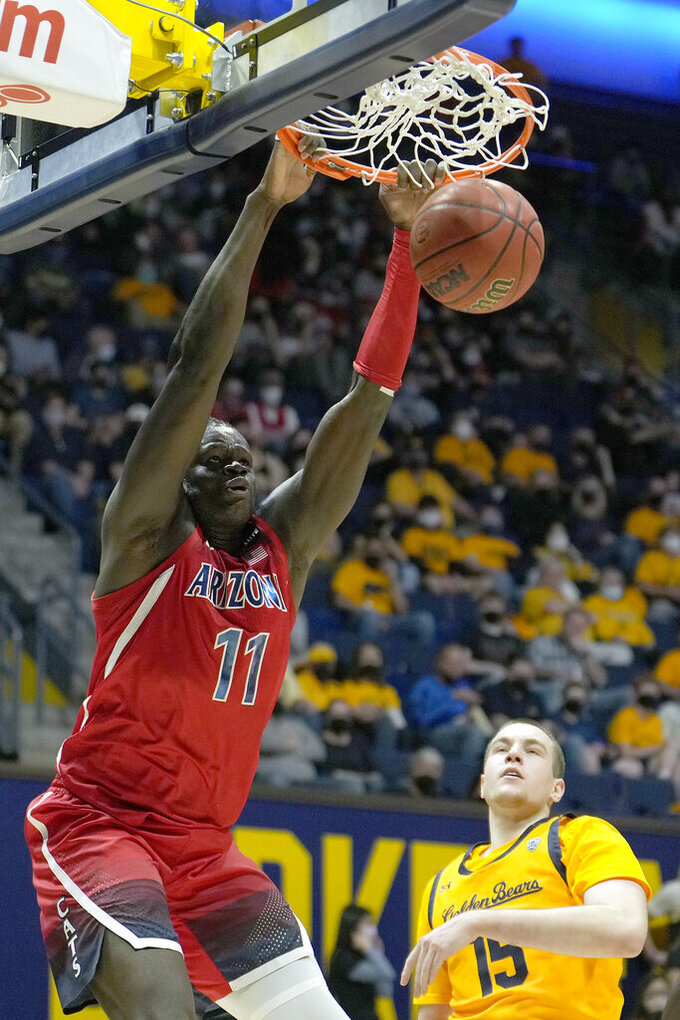 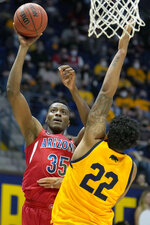 BERKELEY, Calif. (AP) — Christian Koloko had 19 points, 13 rebounds and three blocks to lead No. 3 Arizona past California 96-71 on Sunday afternoon.

The Wildcats are off to their best start since winning 21 straight to open the 2013-14 season. This season’s only loss came against then-No. 19 Tennessee on Dec. 22.

“It’s what you hope for on the road, that you come out and, from start to finish, your team is solid and they execute the plan,” Arizona coach Tommy Lloyd. “We did a really good job of dictating what they were doing on the offensive end, and then on our end of the floor getting into our movement.”

Arizona won handily despite being without second-leading scorer Azuolas Tubelis, who suffered a lower-body injury Thursday against Stanford. It hardly mattered.

The Wildcats had a 14-point lead six minutes into the game, were ahead 21 at halftime and led by 29 on the way to their 10th consecutive win over the Bears.

Up next for Arizona: Its toughest stretch of the season, with two upcoming games against No. 9 UCLA and another against No. 16 USC. Justin Kier, who had 10 points and six rebounds on Sunday, said all the Wildcats have to do is “go play our game.”

“If you look too deep into these games, that’s where you go out and try to do things that you’re not supposed to do,” Kier said. "We’re not going to change up anything.”

California coach Mark Fox was ejected in the first half after picking up two technical fouls. At one point, a clearly angry Fox walked onto the court and yelled toward a referee before an assistant walked Fox back to the bench.

Cal made its best push coming out of halftime and got within 56-40, but Kriisa made a pair of 3s and Arizona scored 13 straight to pull away.

With a small but vocal group of Arizona fans in Haas Pavilion, the Wildcats went on runs of 17-3 and 15-3 in the first half on their way to a fifth consecutive blowout.

Mathurin provided a bulk of the early scoring against the Pac-12’s top scoring defense but it was the Wildcats’ big tandem of Koloko and Ballo that did the most damage. The two 7-footers combined for 20 points and eight rebounds in the first half to help Arizona go up 48-27.

Arizona: With Gonzaga and Auburn both idle, there’s little chance the Cats will move up in the rankings — but another lopsided victory for Tommy Lloyd’s team put them in good position heading into their toughest stretch of the Pac-12 schedule. Three of the next four games are against Top 25 teams (two against No. 9 UCLA), with the other against rival Arizona State. Arizona’s only scare Sunday came when Kier took a hard fall in the first half and had to be helped to the locker room. He returned in the second half.

California: Whatever momentum the Bears built in the early season has been erased by their fifth straight loss. Fox’s ejection was understandable. Cal missed 10 of its first 12 shots and trailed by 24 when he got tossed. The Bears haven’t beaten a Top 5 team since 2014 when they defeated No. 1 Arizona.

Arizona: At No. 9 UCLA on Tuesday.

California: At No. 9 UCLA on Thursday.