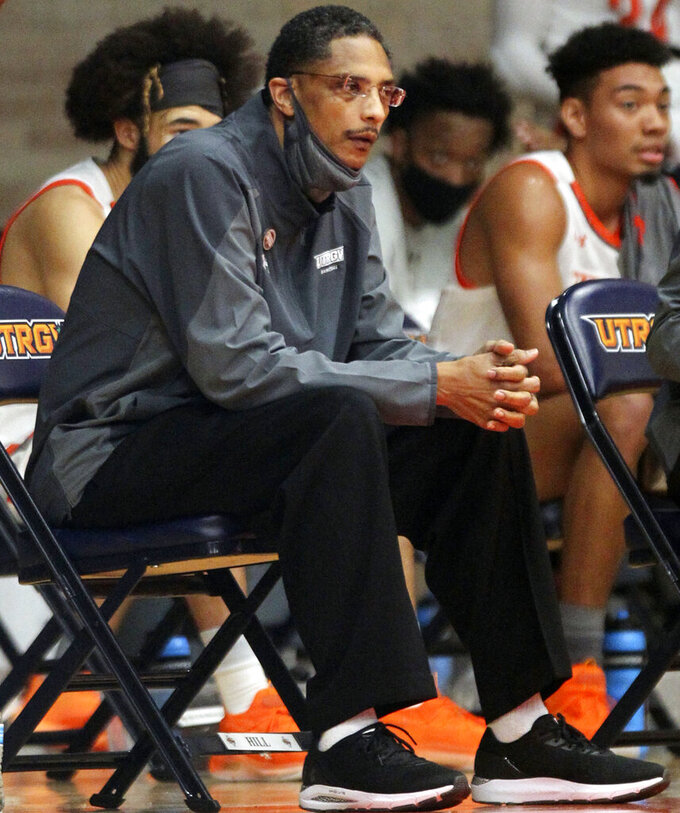 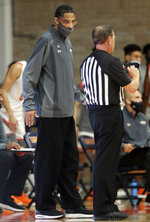 Hill, who was 55, was in his fifth season as coach of the Vaqueros, who lost 77-75 against Texas Southern on Saturday night.

The school said the cause of death was not known, and didn't provide any other details.

Hill took over at Rio Grande Valley in 2016-17, right after going to the NCAA Final Four as an assistant coach on Lon Kruger’s staff at Oklahoma. Hill was an assistant for Kruger with the Sooners from 2011-16 after seven seasons with Kruger at UNLV (2004-11).

“Words cannot describe how any of us feel right now. Everyone in our department is devastated by this news,” Rio Grande Valley athletic director Chasse Conque said. “Coach Hill was an incredible human being. He was my close friend and a trusted colleague. He cared deeply about those around him, from his family, to his players, to his staff and really, everyone in the department and at UTRGV.”

The school said it would name an acting head coach soon, and make a determination on the status of upcoming games.

“This is a tragic loss, not only for the UTRGV community but for the entire Rio Grande Valley community,” school president Guy Bailey said. “Coach Hill was very involved in the community and always had a knack for making everyone he met feel special.”

Hill is survived by his wife and their two children, a son and a daughter, and Hill also had three other daughters.