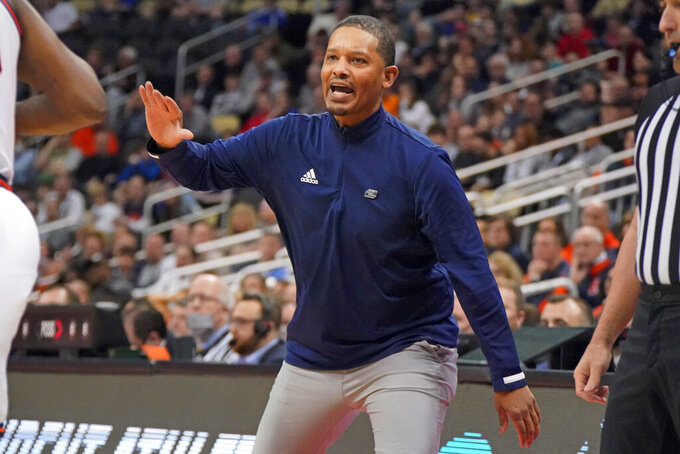 Chattanooga head coach Lamont Paris yells instructions during the first half of a college basketball game against Illinois in the first round of the NCAA men's tournament in Pittsburgh, Friday, March 18, 2022. (AP Photo/Gene J. Puskar)

Team spokesman Michael DeBates said in an email to The Associated Press on Friday that the fourth-year guard had decided to leave.

Paris, the former Chattanooga coach, takes over for Frank Martin who was fired earlier this month and had coached Couisnard the past four seasons.

Couisnard is a 6-foot-4 redshirt junior from East Chicago, Indiana. He was named to the coaches all-Southeastern Conference freshman team in 2019-20 after averaging 12.1 points a game. His averaged fell to 10 points a game during the COVID-19 impacted 2020-21 season before rebounding this past year with 12 points a game.

Couisnard had started 46 of 78 games the past three seasons, including 16 of 31 this past one.

The move leaves Paris without the Gamecocks top three scorers from this season. Guard Erik Stevenson, second on the team at 11.6 points a game, entered the transfer portal earlier this week. James Reese V, third at 10 points a game, has completed his eligibility.

Paris said Thursday he would have individual meetings with the Gamecocks, but would not twist anyone's arm who didn't want to stay with the program.