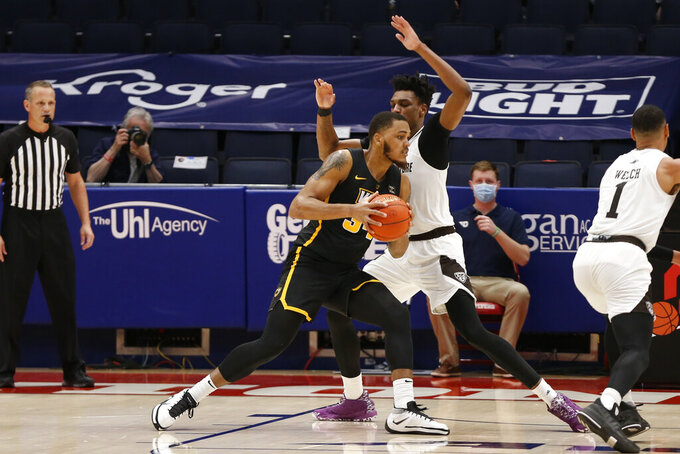 St. Bonaventure (16-4) entered the A-10 tournament as the conference's top seed after clinching the regular season crown. The Rams (19-7) were seeded No. 2 and now will have to await its NCAA Tournament fate, hoping for an at-large bid.

The Bonnie's Alejandro Vasquez buried a 3-pointer with 11:36 before halftime to break a tie at 12 and St. Bonaventure led the rest of the way.

VCU's Josh Banks made 1 of 2 foul shots to reduce the Bonnies' lead to 27-22 with 4:33 remaining before the break. Both teams struggled shooting to close the half and St. Bonaventure went to halftime up 32-25.

The game's turning point occurred when Lofton buried a jump shot and followed with a 3-pointer to make it 46-34 with 12:03 remaining.

Shortly after, a light scrum started between the two squads and VCU's Hason Ward and the Bonnie's Dominick Welch each received technical fouls. That followed Adrian Baldwin Jr.'s foul on Lofton's 3 attempt. When the dust settled, Lofton made five straight free throws for a 51-36 advantage with 11:26 left and the Bonnies stayed in control for the remainder.

VCU closed within seven points on four occasions but couldn't get closer.

Welch scored 13 points for the Bonnies and Jalen Adaway 10.