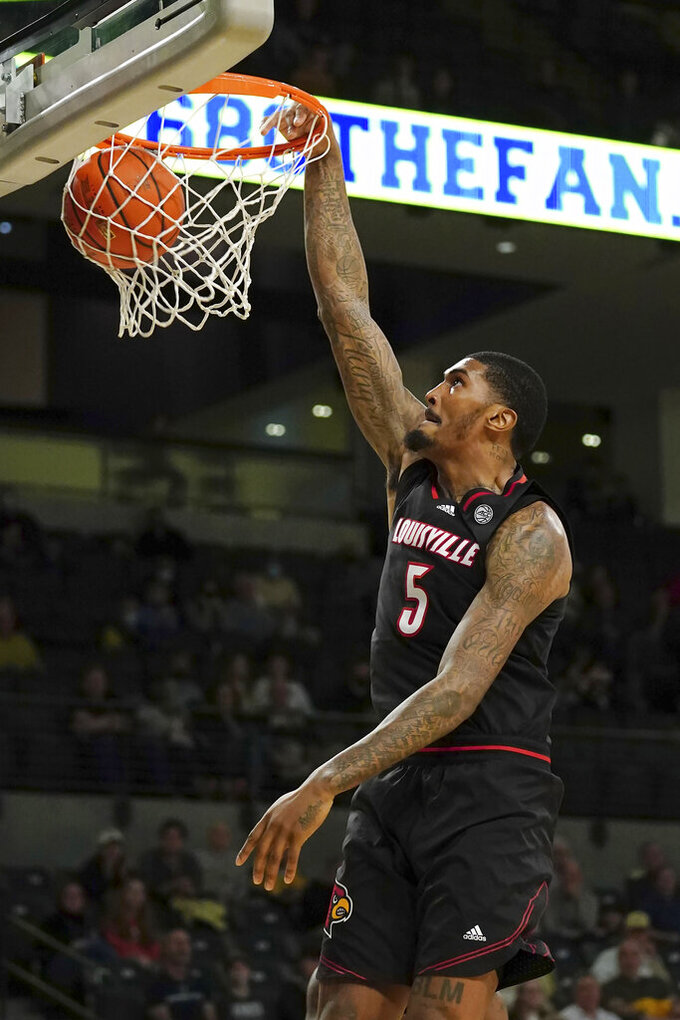 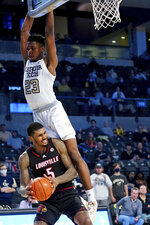 ATLANTA (AP) — Malik Williams made 9 of 12 from the field and finished with 20 points and 10 rebounds to help Louisville beat Georgia Tech 67-64 on Sunday night.

Kyle Sturdivant made a basket in the paint to give the Yellow Jackets a 49-45 lead with 11 minutes to play but they went scoreless for nearly 5 minutes and missed seven consecutive field-goal attempts as Louisville scored 10 straight points. Davis converted a three-point play within the spurt to give the Cardinals the lead for good at 50-49 with 9:13 left.

Sturdivant hit a 3 and Khalid Moore made a layup to pull Georgia Tech (6-6, 0-2) within a point with 1:25 left but Locke and Williams each went 1 of 2 from the free-throw line and the Yellow Jackets went 0 for 2 from the field with a turnover from there.

Michael Devoe, who went into the game as the ACC's leading scorer at 21.0 per game, hit four 3-pointers for Georgia Tech and finished with 23 points and three steals. Jordan Usher added 17 points and Sturdivant scored 14.

Georgia Tech, which had games against Alabama A&M and at Syracuse postponed due to health and safety measures concerning COVID-19, played for the first time since an overtime win over Georgia State on Dec. 21.