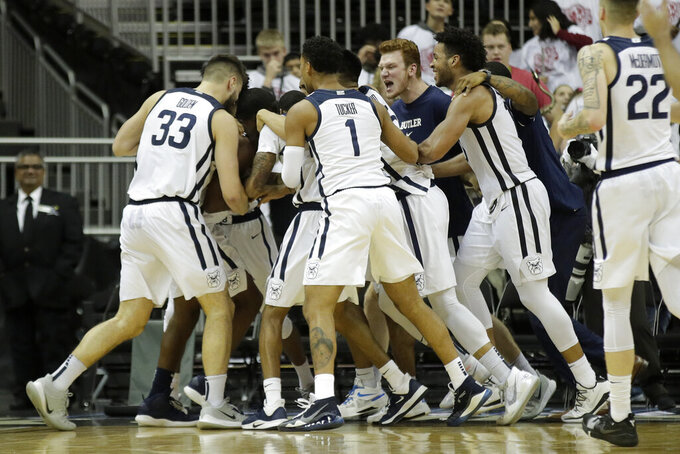 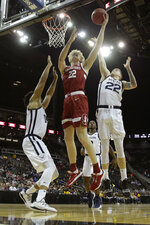 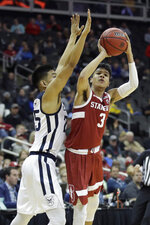 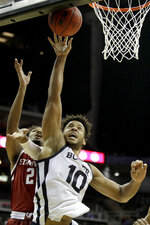 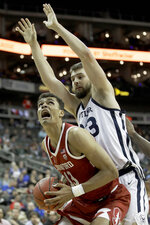 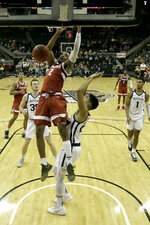 KANSAS CITY, Mo. (AP) — Butler coach LaVall Jordan wasn’t surprised that Kamar Baldwin took over in the final minutes including a game winning 18-foot jumper to seal the Bulldogs win over Stanford 68-67 in the Hall of Fame Classic Final on Tuesday night.

“He does this every day at practice,” Jordan said. “He’s the same competitor and he’s a winner. He’s an everyday guy and puts in the work. We have a ton of trust in him.”

Baldwin scored the Bulldogs final six of his 22 points in the last 1½ minutes, two of which he scored with his opposite shooting hand.

“I always plan to shoot with my left, but those I just tried to get them up on the rim,” Baldwin said.

Bryce Nze added 13 points and five rebounds for the Bulldogs (7-0) and Bryce Golden had 12 points.

After Stanford led 51-48, Butler went on a 10-0 run to take a seven-point lead with six minutes to play. A Baldwin 3-pointer had the Bulldogs up eight but the Cardinal went on a 9-1 run to tie the game at 62 with two minutes to go. Baldwin hit a layup and a jumper for a four-point lead with 41 seconds left but Jones hit a 3-pointer and Willis had a dunk with 21 seconds remaining, setting the stage for Baldwin.

“They have really good young players and they’re a really tough team,” Jordan said. “They made it difficult all game long and competed at a high level. It was a heck of a game.”

The Bulldogs played the majority of the game with one of their leader scorers, Sean McDermott, who went down with an ankle injury late in the first half. McDermott did return to play the final few minutes of the game.

“I wasn’t sure if he was going to be able to go again,” Jordan said. “Sean looked a little unsure, but he’s a warrior and he’s grown into manhood. He’s a tough cookie.”

The Cardinal scored 10 of the final 11 points in the first half, including a buzzer-beater 3-pointer by Terry to close the half and tie the game at 29.

“That game stings,” Jerod Haase said. “Very proud of our guys and the way they fought. So many guys are stepping up in so many different ways. There were many times we could’ve cracked in this game, but our guys stepped up every time.”

The Cardinal hit nine 3-pointers compared to six by Butler. Stanford shot 53% from the field but was out-rebound 31-21 and Butler used 12 offensive boards to score 12 second-chance points.

Butler will play its third straight game of five against a Power Five school when they face Ole Miss next Tuesday.

“The turkey will taste a lot better Thursday,” Jordan said. “We’ll have off a few days, but Friday we’ll get back to it.”

Stanford: They are a young team that doesn’t play any seniors. With some more experience, this team will be a tough team to beat out west.

Stanford will take on UNC-Wilmington at home on Dec. 1.

Butler travels to Ole Miss for a matchup next Tuesday.