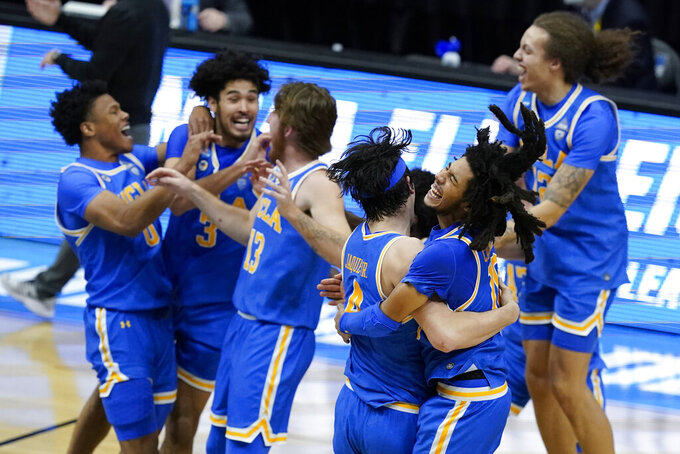 SAN FRANCISCO (AP) — UCLA is an overwhelming favorite to win the Pac-12 after reaching the Final Four last season.

The Bruins received 32 votes from 34 media members who cover the league in the preseason poll released Wednesday.

Oregon received the other two first-place votes and was second, followed by Southern California, Arizona and Oregon State.

UCLA made a surprise run to the Final Four last spring after losing in the semifinals of the Pac-12 Tournament. Most of the key players from that team return, led by guard Johnny Juzang.

Oregon has won the past two Pac-12 regular-season titles and will have a new-look roster.

USC and Oregon State are both coming off Elite Eight runs in the NCAA Tournament.