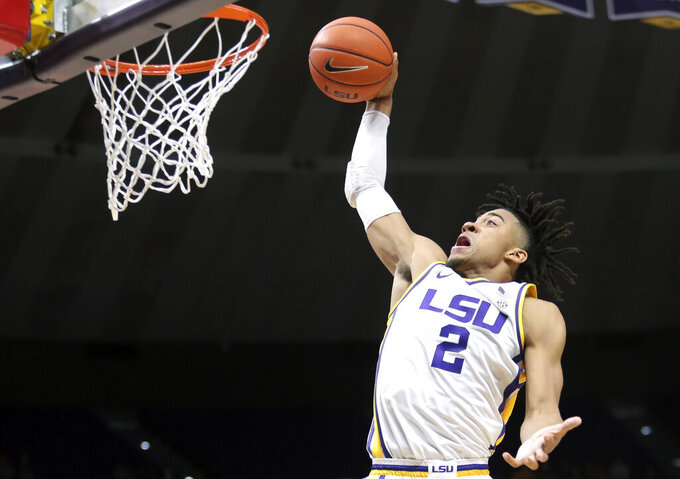 Alabama senior Herbert Jones is The Associated Press player of the year in the Southeastern Conference, while the Crimson Tide's Nate Oats is its coach of the year and Arkansas guard Moses Moody is the top newcomer.

Jones, who plays both guard and forward, earned five of the 14 votes for the league's top individual honor to edge out Moody, who received four votes. Both were first-team All-SEC picks in teams announced Tuesday and voted on by journalists who cover the league.

Jones was a first-team pick on all but one ballot after dramatically improving his offense while remaining one of the league's top defenders. He averages 10.9 points per game but is also ranked in the league's top 10 in four categories.

Oats led Alabama to its first SEC title in 19 years in just his second season. Alabama enters the league tournament with a 21-6 record and a 16-2 league mark.