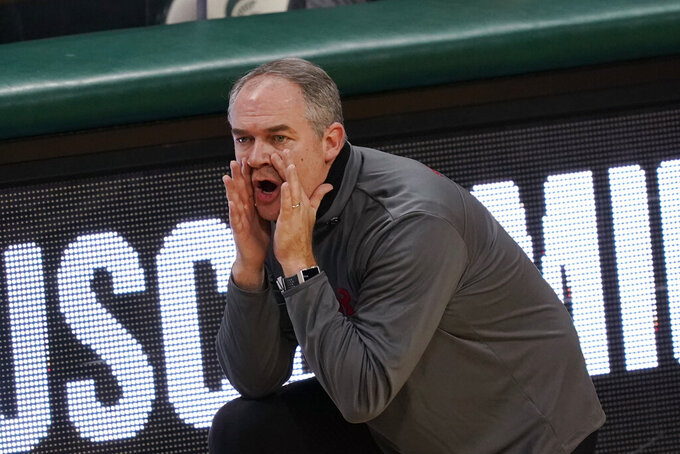 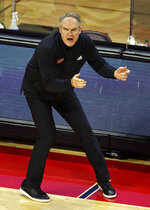 Coach Steve Pikiell isn't worried about the four-game slide that has caused Rutgers to drop out of the AP Top 25. After all, every team goes through a tough stretch.

The Scarlet Knights (7-5, 3-5 Big Ten) have struggled since opening the season with six consecutive wins and then running into a buzz-saw schedule in one of college basketball's toughest leagues.

There are six Big Ten teams currently in the Top 25, and the Rutgers has lost to No. 4 Iowa, No. 10 Wisconsin and No. 15 Ohio State (twice) in dropping five of its last six.

“We went through it last year, too, at this time,” he said Tuesday in a conference call. “Nobody remembers. We had stretches just like this. We’ve lost to all ranked teams, so we’re playing really good teams and we got to play really well during the course of those games. We’ll regain it. That’s what I do. I love when people doubt.”

Looking back on the losses, Pikiell said the Scarlet Knights are playing well defensively and getting good looks from the field. The problems are that the shots are not falling like they were at the start of the season and Rutgers is not getting to the foul line nearly enough.

In the six-point loss to Wisconsin in its last game, Rutgers shot 37% from the field, including 2 of 19 from 3-point range. The Scarlet Knights went 2 of 7 from the free-throw line. They have averaged 11 1/2 free throws per game during the losing streak.

The other issue is top player Ron Harper Jr. He was averaging 23.4 points after the first meeting with Ohio State on Dec. 23 but he hurt an ankle in practice and missed the next game against Purdue.

While the Scarlet Knights beat the Boilermakers. Harper's game has slipped since coming back against Iowa on Jan. 2. He has averaged just over 10 points during the losing streak, shooting 17 of 52 from the field, including 5 of 21 from 3-point range.

“I know everyone’s looking at his numbers for the last couple, but his numbers are off the charts for the season,” said Pikiell, now in his fifth season as Rutgers coach. “You’re going to have stretches where the ball doesn’t go in the way you wanted to. He needs to get to the foul line. Why? I think that’s important. But, you know, he’s having a really good season.”

The positive for Rutgers as it heads into a game at Penn State on Thursday is that its players are healthy for the first time this season. Freshman center Cliff Omoruyi is back after missing five game with a knee injury. Swingman Caleb McConnell is playing again after missing the first eight games with a back problem.

Much was expected of Rutgers this season. The Scarlet Knights were on the verge of earning their first NCAA Tournament berth since 1991 when the pandemic forced the cancellation of the tournament in early March. Most of the key players returned from that team, and they were buttressed by an outstanding recruiting class led by Omoruyi.

“I take a lot of pride in our teams have always gotten better under me in my 16 years of coaching,” Pikiell said. “We’ll continue to get better and we can. That’s the good part. Some teams have peaked right now and we can get better as long as we stay COVID-free. That’s always a big part of this. And the guys have done a good job in that area. But, you know, we’re really confident moving into these last 12 games. We learned a lot of lessons.”