Harper's 3-pointer with 2.1 left gets Rutgers past Indiana 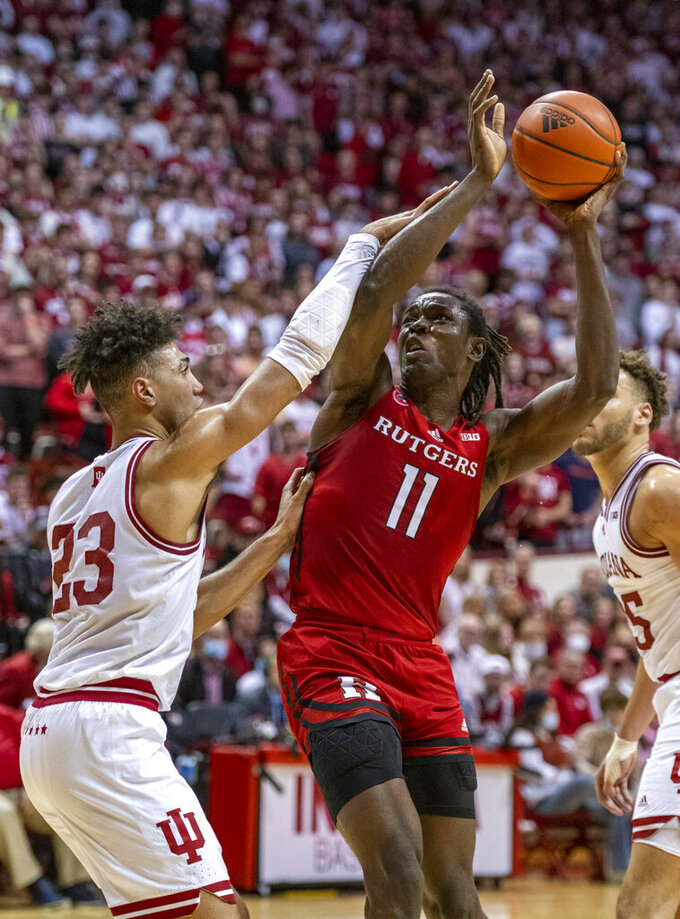 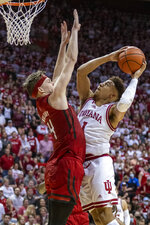 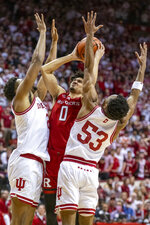 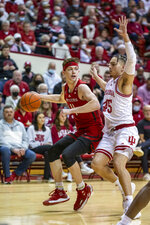 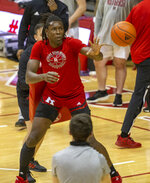 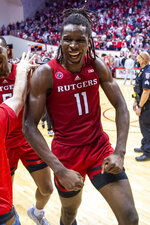 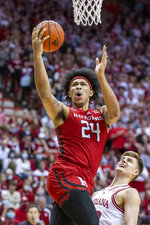 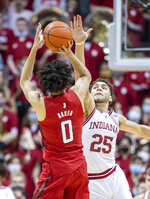 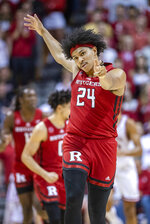 BLOOMINGTON, Ind. (AP) — Ron Harper Jr. scored 19 points and hit a 3-pointer with 2.1 seconds left to give Rutgers a 66-63 victory over Indiana on Wednesday night.

Geo Baker made a 3 to give the Scarlet Knights a 57-56 lead with 2:34 remaining, and they stretched the advantage to five points with 19.2 seconds remaining.

Indiana's Miller Kopp made a pair of free throws and then forced a turnover on the next series. Kopp got the ball to Parker Stewart, who drilled a 3 that tied it at 63 with 10 seconds to go before Harper sealed it.

Harper was 7 of 12 from the floor and Baker finished with 13 points. The pair combined for all eight of the Knights' 3-pointers. Clifford Omoruyi had 13 points and 12 rebounds to collect a sixth double-double.

Trayce Jackson-Davis scored 15 of his 19 points in the first half and grabbed nine rebounds to lead Indiana (18-11, 9-10). Xavier Johnson added 13 points and Race Thompson 12.

A 10-0 run early in the second half gave Rutgers a 38-37 advantage, but Indiana answered with a 10-2 spurt, capped by a Johnson dunk and 3-pointer. The Hoosiers held the lead until Baker's layup tied it at 52 with 5:30 remaining.

Indiana plays at eighth-ranked Purdue in a season-finale on Saturday while Rutgers concludes its regular season hosting Penn State on Sunday.