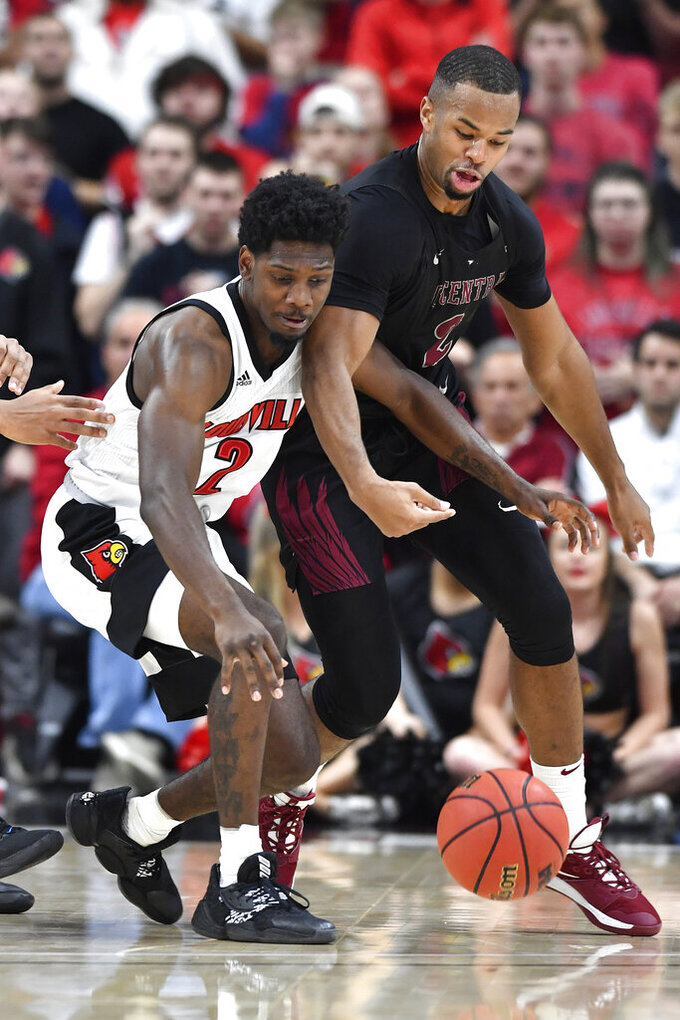 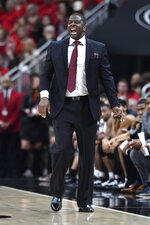 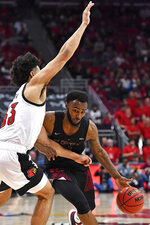 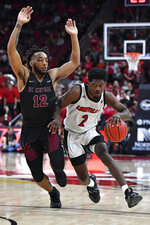 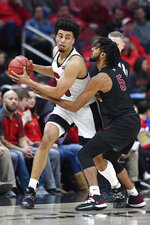 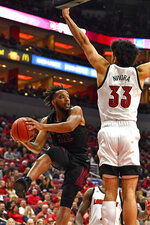 LOUISVILLE, Ky. (AP) — North Carolina Central coach LaVelle Moton said he had to pick his poison when his Eagles faced fourth-ranked Louisville on Sunday. So, his team let the Cardinals fire away.

It ended up almost becoming a historic shooting night for the Cardinals.

Jordan Nwora scored 17 points to lead Louisville in an 87-58 rout.

The Cardinals (4-0) once again had the hot hand on offense. They entered the game ninth in the country in shooting at 54.1%, and they shot 66.7% against the Eagles. With five players averaging in double figures and two shooting better than 50 percent from the 3-point arc for the season, Moton said the Eagles couldn’t guard everything in Louisville’s arsenal.

“We tried to dare them to shoot the basketball,” Moton said. “I think they shot it better than they ever have.”

Nwora needed only 21 minutes to do his damage as coach Chris Mack had a chance to play 11 players in the blowout. Steven Enoch made 7 of 9 shots to add 15 points. Dwayne Sutton scored 12 points on 5-of-6 shooting, and Darius Perry was perfect on four shots for 10 points and seven assists.

“We’ve just been working on getting to the lane a little more,” Perry said. “I feel like we get to the lane, good things happen… being able to kick it out for threes or find Steve in the dunkers’ spot.”

Louisville never trailed in the contest and used a 19-4 run over the last 5:41 of the first half to pull away. Enoch and Sutton both scored 10 in the half as Louisville led 43-19 at halftime.

The Cardinals made 7 of 8 shots during the run, including four outside shots.

“I thought our guys did a really good job of being patient, taking what was there,” Louisville coach Chris Mack said.

The Eagles (1-3) shot just 28.6% in the first half, missing 10 of the final 12 shots in the half as Louisville pulled away. N.C. Central never got closer than 17 points in the second half.

Louisville won both its games in the past week by 29 points each. While they haven’t been nearly as tested as the teams ranked higher than them, the Cardinals still stand to move up in wake of top-ranked Kentucky’s upset loss to Evansville on Tuesday.

A deep Louisville team is on the verge of getting deeper. After the game, Mack said both junior forward Malik Williams and freshman guard David Johnson have been cleared to play, but he opted not to put them in the lopsided contest.

“They haven’t had their basketball legs under them in so long, especially David, that I’m not going to put those guys out there in a 25- or 30-point game just yet,” Mack said.

The 6-foot-11 Williams, who started 20 of 34 games last season and averaged 7.7 points and 6.1 rebounds, broke his right foot during a Sept. 20 practice and was expected to miss up to eight weeks. The 6-5 Johnson, a Louisville native, injured his left non-shooting shoulder in late July. After surgery on July 30, he was expected to miss between four-to-six months.

N.C. Central: The undersized Eagles simply had no answer for the Cardinals. Not only did they struggle on offense, shooting just 33.3%, but until the Cardinals subs came in when the game was well in hand, they also had trouble on the offensive glass, scoring seven of their 15 second-chance points in the final 4:26.

Louisville: The Cardinals once again used an ensemble to dominate as seven players scored at least eight points. Not only did the bigger Cardinals dominate inside, making 16 of 19 shots in the paint, they also made 10 of 21 3-pointers.