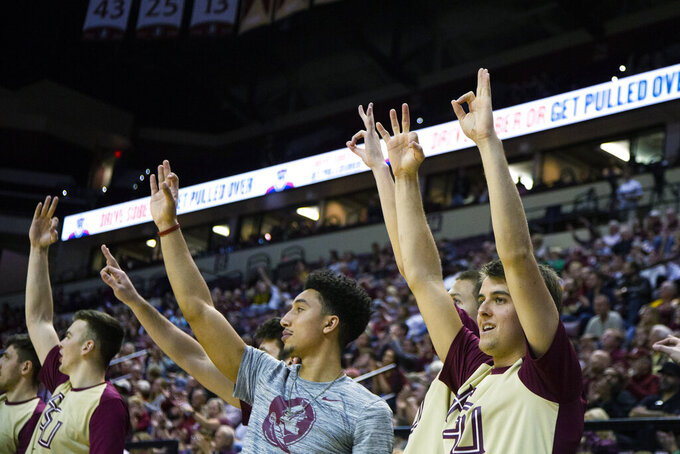 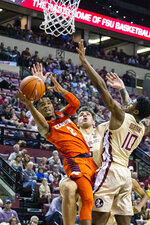 TALLAHASSEE, Fla. (AP) — Stung by an inconsistent performance from 3-point range this season, No. 17 Florida State focused for a week on getting better from beyond the arc.

Devin Vassell had 14 points and nine rebounds as the Seminoles made 15 3s in routing Clemson 72-53 Sunday.

The Seminoles had hit only 11 three-pointers in their last three games combined. They were 1 for 17 in a win over Tennessee on Nov. 29.

"Once they get momentum and start making a few 3s it becomes extremely difficult," Clemson coach Brad Brownell said.

Anthony Polite had 12 points on four 3s and M.J. Walker scored 11 points, including a trio of 3s.

Eight Seminoles made at least one shot from beyond the arc.

"We were a lot more aggressive in the paint," Polite said. "And it definitely made it easy for our shooters to catch the ball and shoot. The percentage went up. Offensively we were just a lot smoother."

The Seminoles also had nine blocks.

"In the second half we just didn't execute very well," Brownell said. "We made a lot of silly plays. Our poor offense took away a lot of our energy. We couldn't score."

"We've been spending a lot of time working on our perimeter shooting," Florida State coach Leonard Hamilton said. "We got a lot more assists because we realized that it was kind of hitting your head against a brick wall trying to drive into the lane. So we started driving and kicking, which created some more high-percentage shots from the perimeter."

New Seminoles football coach Mike Norvell was introduced to the fans in the first half. A day earlier, he coached Memphis to the American Athletic Conference title.

Florida State, which just moved into the Top 25 in last week's rankings, lost at Indiana on Tuesday. But it's likely that voters will see that as a quality road loss and, coupled with the win over Clemson, will keep the Seminoles in the Top 20.

The Seminoles' season-high 15 3s tied for the third-most shots made from beyond the arc in an ACC game. Florida State made 17 in a 2017 win over Clemson, which is the most the Seminoles have had against an ACC opponent.

Clemson: The Tigers lost to Florida State for a third straight time. Clemson also fell in Tallahassee for the fifth straight time.