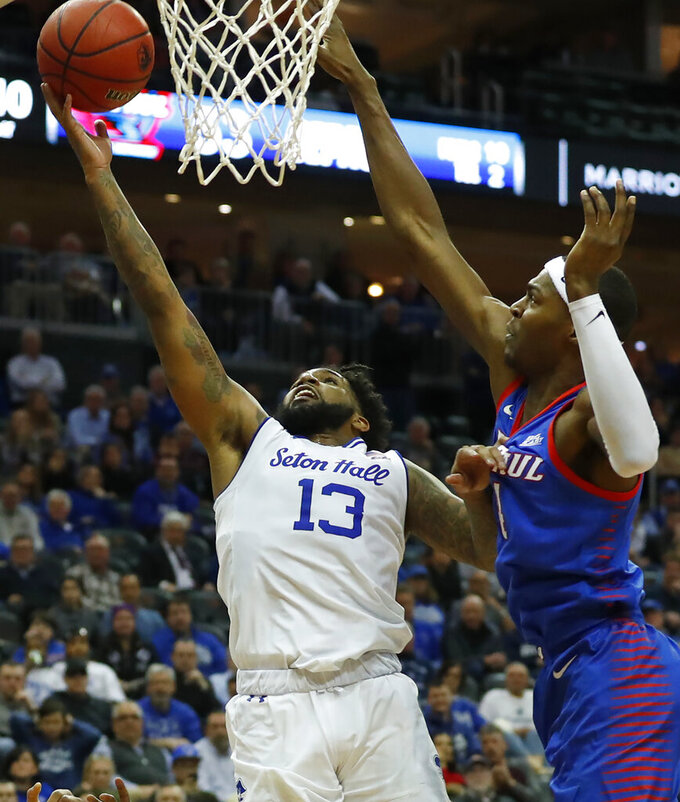 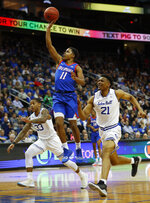 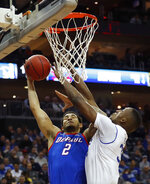 NEWARK, N.J. (AP) — Preseason All America Myles Powell was having one of those nights where nothing was going right, so Seton Hall coach Kevin Willard got in his face and raised his voice.

It was nothing personal. Just a little encouragement in a loud enough voice so Powell could hear him in a noisy Prudential Center.

The senior guard got the message and scored 24 points despite a woeful shooting effort and No. 10 Seton Hall won its 10th straight game with a 64-57 victory over DePaul on Wednesday night.

“This was probably one of the roughest games I have had in a while,” Powell said after the Pirates (16-4, 8-0 Big East) rallied from a nine-point, second-half deficit. “If it wasn't for my teammates and coaching staff picking me up and not letting me hang my head, I don't think I would have finished the way I did. I owe it all to them."

Powell, who was 7 of 21 from the field and 8 of 13 from the free throw line, was terrific with the game on the line. He scored 18 second-half points, including 11 straight for the Hall, in building a late 60-53 lead.

“He was struggling,” Willard said of Powell. “Every once in a while, you don't have your A game and I just wanted him to keep attacking. Sometimes the building is loud, so you just have to yell."

Powell wasn't the only one who got the message. Jared Rhoden added 14 points and 11 rebounds and Quincy McKnight had nine points and a big defensive play, forcing a late turnover as Seton Hall beat the Blue Demons (13-8, 1-7) for the second time this season.

Powell and Rhoden were the difference in the final 20 minutes, combining for 27 points in a game that featured four technical fouls and 40 turnovers.

Charlie Moore had 14 points and Jalen Coleman-Lands added 10 for DePaul, which turned an early 17-6 first-half deficit into a 41-32 lead in the opening minutes of the second half.

The Blue Demons' last lead was 51-50 with 6:45 to play, but Powell finally got hot in helping build a seven-point edge.

DePaul never got closer than five points the rest of the game. The Blue Demons shot 33 percent from the field for the game.

DePaul coach Dave Leitao said Seton Hall is tough to beat because the Pirates play with poise and have a lot of experience.

“They don't ever panic,” he said. “You can be up 10 or down 10 and they play the same way, whether they are making shots or not making them."

The winning streak is the longest for Seton Hall since taking 12 straight late in the 1992-93 season. The 8-0 start in the league is the best for the Pirates.

DePaul rallied from an 11-point deficit to take a 29-28 lead at the half. The Pirates were outscored 14-5 in the final eight minutes, including a last-second basket by Anthony Nelson.

DePaul: The Blue Demons have lost seven of eight since the start of league play. The one win was over then-No. 5 Butler. They also took No. 8 Villanova to overtime in another setback.

Seton Hall: This was a bad game for the Pirates. They were out of sorts all game and needed a big defensive end and Powell in the second half. Once the NCAA Tournament starts, they can ill afford a game like this. Powell is money, though, when the game is on the line. Seton Hall also welcomed back power forward Sandro Mamukelashvili, who was out since Nov. 29 with a broken wrist.

DePaul: At Marquette on Saturday.