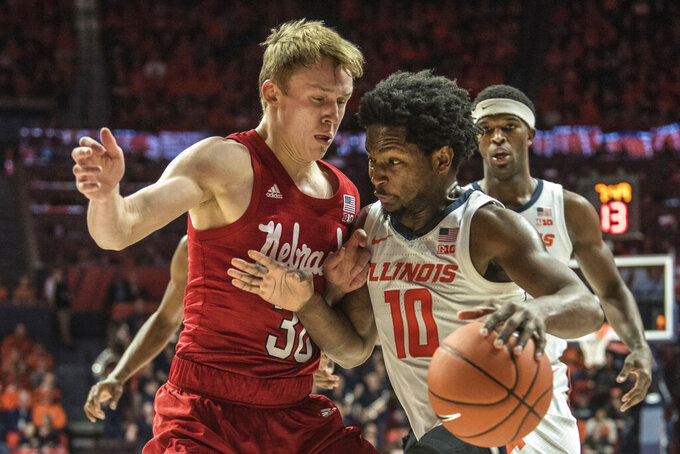 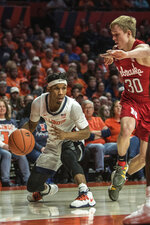 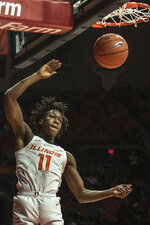 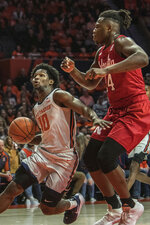 CHAMPAIGN, Ill. (AP) — After a signature road win against then-No. 9 Penn State nearly a week ago, Illinois coach Brad Underwood was concerned about the let-down game.

All the pieces were there on Monday, playing a Nebraska team on an 11-game losing streak at home.

“I just try to make whatever the right play I need to make,” Dosunmu said.

Trent Frazier and Andres Feliz added 11 points each for Illinois (18-9, 10-6). Illinois moved into a five-way tie for second place in the Big Ten Conference.

Nebraska was playing without second-leading scorer Cam Mack (12 points per game average), who missed the trip to Champaign with the flu.

Monday’s loss was a school-record 12th consecutive loss for the Cornhuskers.

“Illinois is a team that is built for the post season, especially with those guards,” said Nebraska coach Fred Hoiberg. “But I’m proud of my guys no matter the outcome.”

The first half was close, but Illinois went on a 6-0 run capped by a 70-foot shot at the buzzer by Frazier that was all net. The Illini led 37-31 at the break.

Nebraska outscored Illinois 15-9 to open the second half and tied the game at 46 with 15:11 left. But Illinois used its athleticism and size to put together a 21-9 run to create a 10-point cushion the Cornhuskers couldn’t overcome.

“Defense and rebounding won us the game,” Underwood said. “Trent (Frazier) is a maniac on the ball. He was solid on defense all night.”

“We just have to trust our defense when the offense is faltering,” Dosunmu said.

“They’re so good on the boards,” Hoiberg said. “With their guards and their big guys, it’s just tough.

Illinois had a tougher time than expected, but got the home win against a team they were expected to beat handily. The win keeps Illinois positioned for a post-season run.

Nebraska played well, especially in the first half, but couldn’t overcome Illinois’ talent, speed and defense. The loss of Mack was noticeable, despite a yeoman’s job by Burke.

Nebraska hosts No. 23 on Thursday.

Illinois hopes for another key conference win when it travels to last-place Northwestern on Thursday.