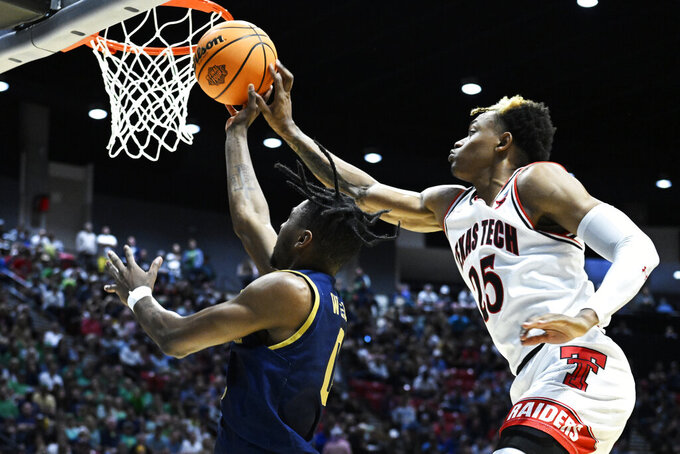 The 6-foot-5 guard, who averaged a team-leading 14.4 points for his hometown Fighting Irish, tweeted his intention on Wednesday. Wesley later told ESPN that he was one-and-done at Notre Dame after helping the Irish to their first NCAA Tournament appearance in five years.

“I plan on staying in the draft,” Wesley told ESPN. “I’m in a great position. I’m ready for the NBA. I’m ready to start my next journey.”

After thanking his family, his teammates, the school and coach Mike Brey in his tweet, Wesley wrote, “It has always been a dream and goal for me to play at the next level."

Wesley was an Indiana All-Star at Riley High School and Notre Dame’s first South Bend public school basketball prospect since 1985. He earned his first start for the Irish and hit the game-winning shot in a 66-62 victory over then-No. 10 Kentucky on Dec. 11 at the Purcell Pavilion. He shot 40.4% from the field and averaged 3.7 rebounds, with 84 assists and 44 steals. He earned All-ACC second-team honors.

Wesley was the only freshman in a starting lineup dominated by seniors and grad students at Notre Dame, which finished with a 24-11 record. That included going 15-5, along with North Carolina, as runners-up to Atlantic Coast Conference regular-season champion Duke.

Players with college eligibility remaining are allowed to gather information from individual and group workouts but must decide by June 1 whether to return to school or stay in the draft.

Some NBA scouts believe Wesley could be a mid-to-late first-round pick. The draft will be held June 23 at the Barclays Center in New York.