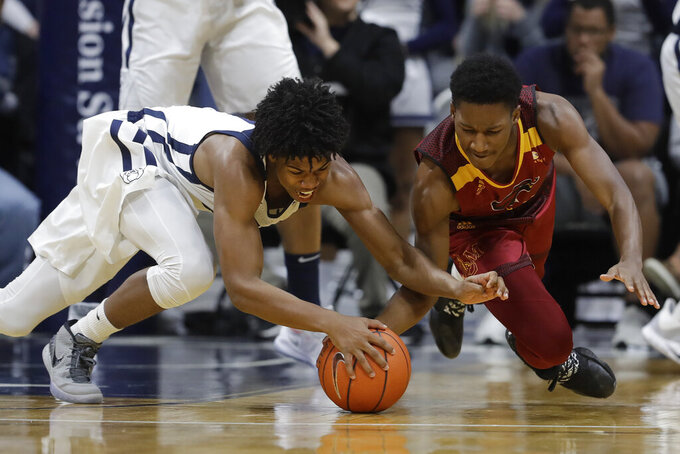 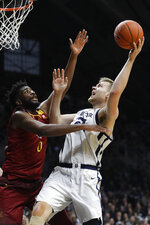 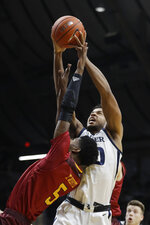 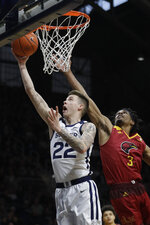 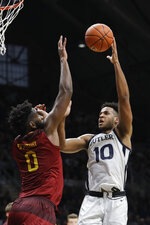 Smits, who is using his final season of NCAA eligibility as a graduate transfer, scored a season-high 16 points off the bench to lead 12th-ranked Butler to a 67-36 victory over the Louisiana-Monroe on Saturday.

He was 5-of-7 from the field and 6-of-7 on free throws in just his third game since joining the Bulldogs in the offseason after four years at Valparaiso University.

“This game helps me. It's very helpful for my mentality obviously," Smits said. "It builds confidence. I figured, eventually, if they start falling I'd start playing a little more. It's good when they start coming at me."

Bryce Nze had 10 points and seven rebounds and Sean McDermott scored 10 points for the Bulldogs (12-1), closing out the non-conference schedule winning three in a row.

Josh Nicholas had 12 points while Michael Ertel, JD Wiliams and Elijah Ifejeh each scored five points for the Warhawks (4-7), who have lost five straight games.

Butler started the second half on a 13-2 run to build the lead to 28 points.

"I thought Butler was everything that I saw on film," Louisiana-Monroe coach Keith Richard said. "Everything that was advertised. Really a physical team on both ends of the floor, at all positions. The thing got away from us in the first half because of physical play. We chose not to double down on the post and see if our bigger guys that we have could play one-on-one in there. Of course we struggled scoring on the offensive end and it got away from us."

The Bulldogs closed out the first half with an 11-1 run to take a 19-point halftime lead. McDermott scored a 3-pointer with 2:37 remaining in the half to make it 33-14.

"Tomorrow we'll have an opportunity to clean up some stuff from this game and then we'll get ready to head into Big East play, and get ready for a really good St. John's team," Butler coach LeVall Jordan said. "I know they'll be ready. We talk about the first season, the non-conference season and finish it the way we want to finish it. We headed into the conference season now so everything that we did doesn't matter anyway."

Louisiana-Monroe and Butler played for one player — Ertel, an Indianapolis-native who attended nearby Mt. Vernon High School.

"The reason why we played this game was to bring Mike Ertle back to Indianapolis and play in front of family and friends and we accomplished that," Richard said. "Mike's been a good player for us. I'm really glad we got to do that for him."

Butler: The Bulldogs extended their winning streak of non-conference home games to 58 — the longest streak in the nation.

Louisiana-Monroe will host Troy on Thursday.