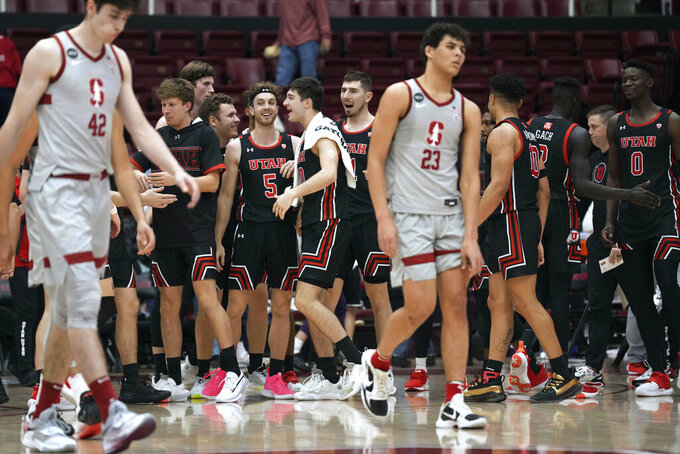 STANFORD, Calif. (AP) — Branden Carlson and Both Gach scored 13 points apiece and Gabe Madsen buried a go-ahead 3-pointer with 1:42 remaining to rally Utah to a 60-56 victory over Stanford on Thursday night.

Madsen sank all three of his 3-point tries and scored 11 for Utah, which won for just the second time in its last 14 games. Rollie Worster pitched in with 11 points. Marco Anthony snagged 12 rebounds.

Angel had eight of his points in a 12-4 spurt to close out the first half and Stanford took a 28-21 lead into intermission.

Madsen sank two 3-pointers in the first 3:08 of the second half to pull the Utes within 30-28. Delaire answered with a 3 and Stanford maintained its lead until Madsen delivered late.